Motivation: So my initial motivation for choosing my textile was it’s simplicity since I’m not very comfortable with textiles in general. Additionally I have a dog of my own so the shiba cube plushie was a pretty perfect fit as it was rather simple, while also connecting to something I care about.

Build Process: The first decision I made in my build process was determining my materials and more specifically what colors to choose. The template suggested brownish and cream colors to mirror that of a shiba, however I decided to substitute the brown color for a black color. I did this to reflect the dog that I have, that being a husky. While not being a perfect comparison, by using black I was able to make the plush look a bit closer to my own dog.

The next decision I made was to use embroidery for the face instead of using fabric. Once again I used colors to reflect the colors of a husky, e.g blue eyes.

Outside of these decisions the rest of the build process was rather straight forward as I simply followed the directions step by step. This can be highlighted by the images below. 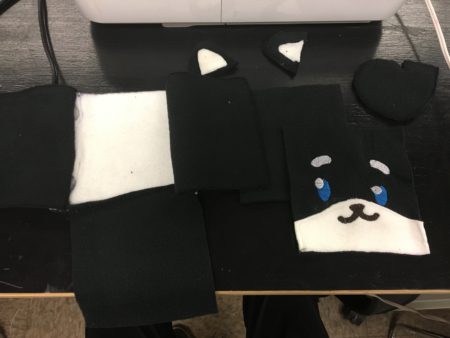 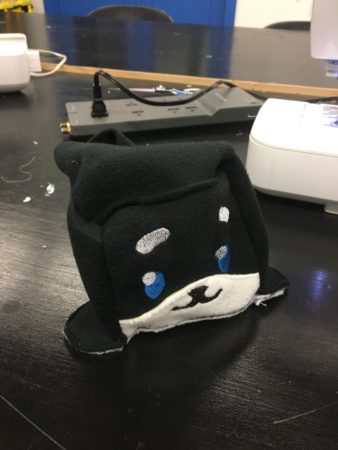 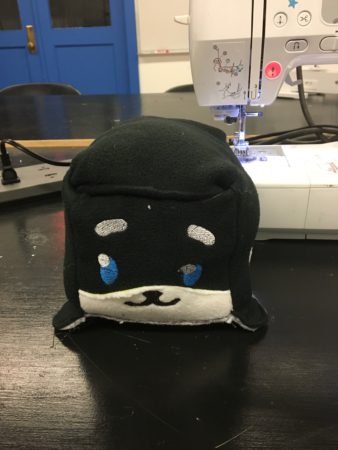 Reflection: I think the biggest thing I learned from this assignment is that sewing is a difficult process. This difficulty can be seen within my finished product, the biggest being that I accidentally sewed it together in a way that forced the ears to end up inside the plushie instead of on the outside. Because of this in the future I really need to plan out how the final product with look if I sew in a certain way, if I did this I likely would have realized how my stitch would have forced the ears to be out of place. Ultimately, I think a lot of my sloppiness on this assignment is due to my lack of experience with sewing in general and with more practice I hopefully would be able to make a more polished final product.