For this project I wanted to make a simple nameplate. Generally I prefer more minimalistic designs, and the main icon I wanted to incorporate was this dove:  I wasn’t going for anything complex; my idea was just a simple name sign in wood. I followed the process of tracing a bitmap image as the instructor […]

I was excited about working with a laser cutter since I haven’t created anything with it yet. The demo name tag of the Great Wave I made during class was smaller than I’d like, with complex details and the burnt edges of the cut out name was hard to read. At first, I wanted to […]

Design and build process When discussing this assignment in lab, one of the instructors mentioned that we could make our nametag into whatever shape but preferably not something sharp for obvious reasons. I immediately thought of circles which led to the idea of clouds. Also, though several of the nametag examples given in class were […]

Studio Reflection First drafts Second draft Final draft   What were you inspired by?             I drew inspiration from other projects as well as random google images. What idea were you building on? How are yours different?             I built on a standard name tag design and added a cat with swirls. Did you have […]

Design and Planning: For my name tag, I wanted to pick something that not only would represent me, but that I could actually use in my day-to-day life. When I’m not in classes, I am a full-time Linux Systems Administrator for the University’s College of Engineering. As such, I was thought I’d make the name […]

For my name tag, I wanted to do something fun and related to a fandom I like. After going through a couple of ideas, I decided make mine themed on the book/show Good Omens. Design and Build Process Initially, I had lots of different ideas floating around in my head, but none of them were […]

BACKGROUND On my name tag, I decided to showcase myself as a nature lover because that’s who I am at heart. I love taking walks in nature or even just doing my homework on the quad. I have found myself growing spiritually when in nature, therefore nature is important to me.  BUILD PROCESS I had […]

Motive & Initial Design At first, I thought the name tag is a boring topic to work with. I wondered how I would be able to make a name tag to be something interesting and useful at the same time. During the lab section, I heard one of the instructors mentioning the word “maze,” and […]

For my name tag, I was very interested in testing out how precise a laser cutter could be. I initially wanted to incorporate a very intricate silhouette – like the one below. However, I began thinking about vectoring such a design – just to kick it up a notch and work with negative spaces in […]

Since I was a kid I’ve been a fan of Studio Ghibli films, especially those written and directed by Hayao Miyazaki, so right off the bat I knew I wanted to create something related to that for my first project in this course. So I decided what better way to reflect that than to incorporate […] 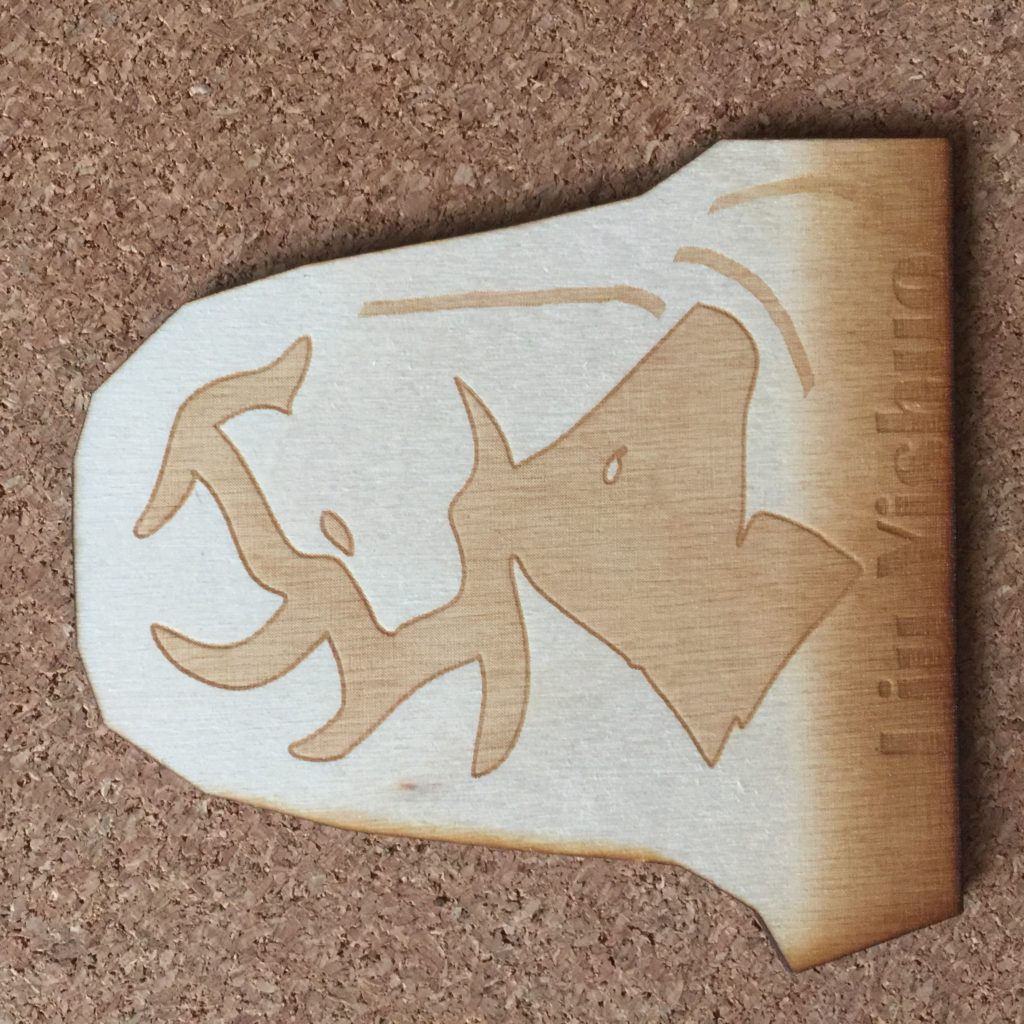 During the first lab hours, I made this name tag. The outer shape is mimicking ninja with head cover. The logo in the back was downloaded from the Internet as a vector image. I tried using raster to create shades in the background. But the finish is less than perfect. Although I set the letters […]