In my free time, I spend it playing a video game called Overwatch. One of the characters (Mei) has a little helper robot called snowball. I wanted to have an Overwatch sticket, so I thought to make my own! All of the pictures I found all had a fair amount of shading (as is seen in the original picture) and some rough edges. I thought I would use this as an opportunity to use inkscape to manipulate it into what I need it to look like.

To start, I used a color trace method in inkscape , the result was…less than good. I was able to get 4 layers that gave me the primary shapes, but they were very incomplete and distorted. This was going to require a lot of path and node manipulation.

I needed a way to work on each of these layers without moving them so I could see them and then needing to layer by eye or snaps which did not work great due to the odd shape. So, I actually sent each layer to its own inkscape layer, where I could then hide each layer, or expose while I worked on the paths almost like working with transparency film.

From here, it was a lot of splicing paths, joining paths, connecting paths, and switching between node types to get a final image that I felt was a good representation of Snowball, but that had all the right path shapes I needed to be cut.

From there it was time to pick out my colors, I got three out of my four colors from the scraps bin, but for the last I had to buy a foot of vinyl. 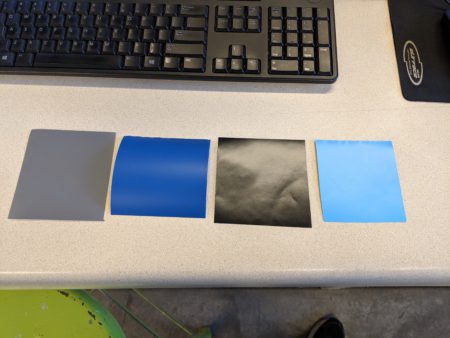 I then prepared my material by cleaning with some 99% isopropyl alcohol to make sure everything would stick to itself without issue. 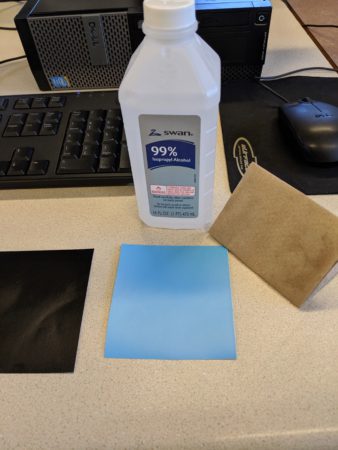 My next hurdle was going to be how to apply these layers so they line up as best as possible, my hands are not steady enough and the material not forgiving enough to do this freehand. So I came up with a method to help me. I started by adding a rectangle around the image that I wanted the cutter to cut (ideally all the way through, but I could not find the right depth, and I did not want to risk damaging the machine). This rectangle was unique because it was referenced to the image, so it would be a constant, fixed, and predictable location for every layer. I would cut each layer, then first peel off the vinyls to the outer rectangle, then cut the square backing to match. 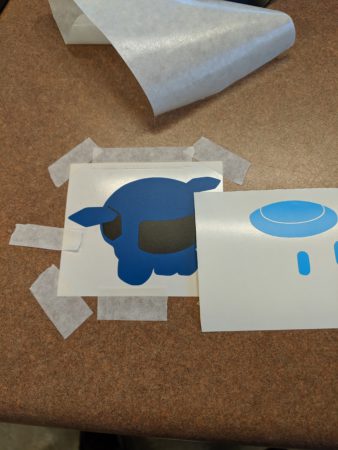 Then remove the unneeded sections to prepare for layering. For my base layer, I secured it to the table with tape, then I would line up the edges of the backing paper of next layer over top of the base layer. Then I would place my transfer tape on top of all of it, making sure to have enough tape at the top that also grabbed the table. 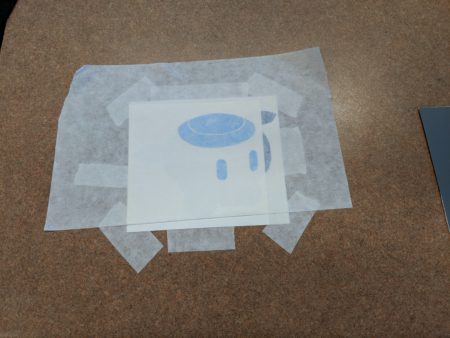 Then I would peel back the tape using the top part on the table like a hinge, then remove the backing. 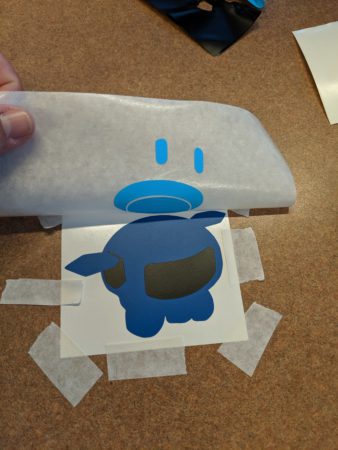 Finally, I would just squeegee the tape back over the base layer, therefore depositing my next layer perfectly placed on top of my base. 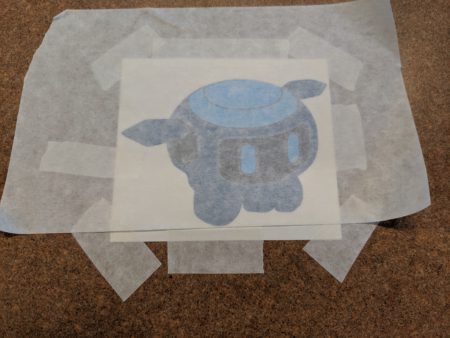 This procedure was repeated for each layer, providing me with the finished product. 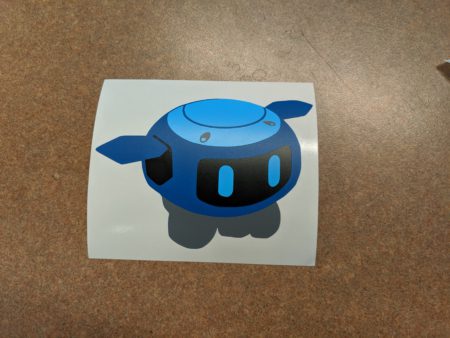 Overall, I liked how this came out. I am happy my idea for lining up the layers worked as well as it did. In the future, I would use a more sticky tape to affix the base layer to the table. I used the transfer tape itself which I had to be very careful with because it would want to lift up with each layer application, so I had to keep an eye on it and move slowly.