In lab, we learned how to use a sewing machine the first week and we all made small drawstring bags. We cut our fabrics, and followed sewing instructions step-by-step. I have never used a sewing machine before, but I have sewed by hand so I found it easy after initially learning how each part of the machine worked. 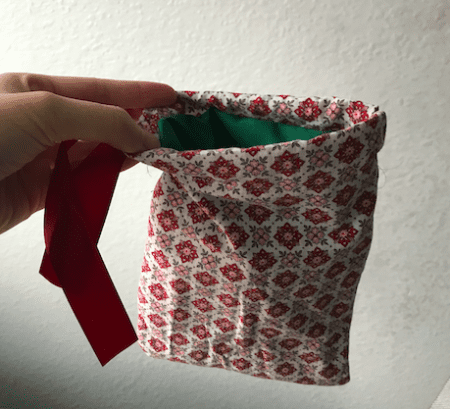 The following week, we learned how to create a digital embroidery design using Inkscape by manipulating an image using trace bitmap, break apart, ungroup, and path difference. Then, importing that file to PEDesign and manipulating the design there on the program. The machine automatically began to sew the layers of the design. I chose the Batman symbol as my design because that is my dog’s namesake. 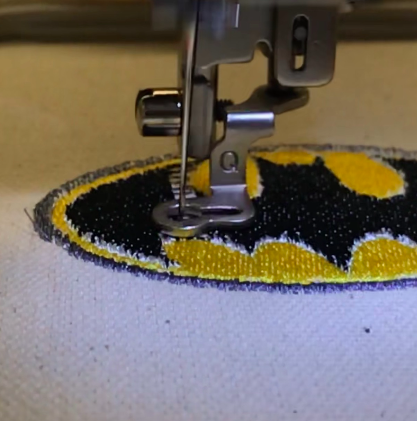 For the final assignment. I chose to make the sloth plushie. I went to JoAnn’s to buy two different fabrics (a thin beige color for the claws and a softer, thicker, and dense light brown for the rest of the sloth), as well as velcro. I cut out all the individual pieces. After, I started to sew the claws of the sloth to one another. I stuck the velcro to the paws. That is when I ran into my first issue. The instructions stated to sew over the velcro in order to secure the material further and create top stitching, but as I did so, my sewing machine abruptly stopped. That is when I realized that the needle started to become sticky after sewing through the velcro. Thus, I decided to skip sewing through the velcro for the remaining claws. I sewed the arms together and connected the claws to all the limbs. Because of the way that arms were angled, I ended up sewing some of the fabric inside out. 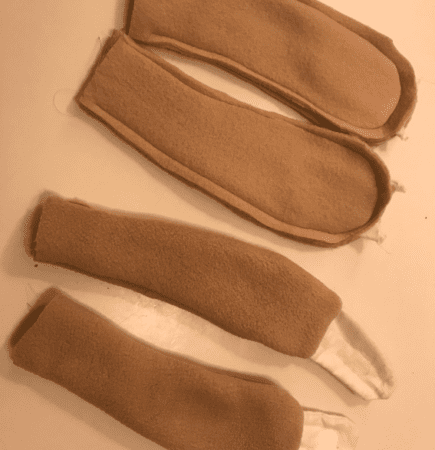 After a bit of practice, I began to understand the approach to sewing things inside out in order for the stitching and any fabric misalignment to be hidden nicely. I sewed the body together and then the arms within the body. I followed the steps fairly easily up to this point. 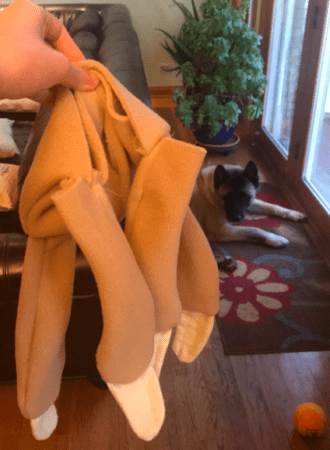 There were points where the thread bunched up at the bottom of the fabric and the needle got stuck. At first I thought it was the fabric I chose because it was thicker and more dense than standard. But after resetting the bobbin thread and the main thread multiple times I found out it was because of the tension. 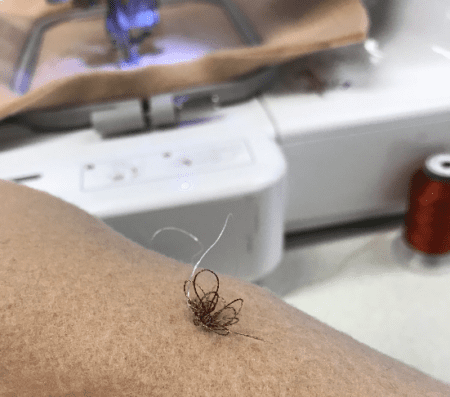 When I got back to campus, I designed my embroidery image in Inkscape, imported the design to PEDesign, and sent it the the sewing machine. After setting up the machine, I was good to go. The image came out decently, though I do think if I used different colors for the thread, the image could be better aesthetically. 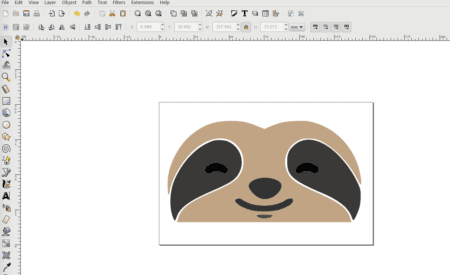 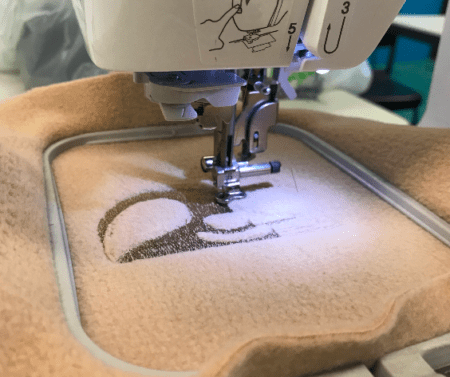 I sewed the head together and to the body. I had accidentally sewed on the head completely inside out, because I was really disoriented. I had  to rip the seems completely, which was frustrating and difficult because the fabric was thick and fluffy that I couldn’t find the thread to rip, and the fabric was also quite dense. I found myself accidentally ripping holes into fabric. Therefore, when I reoriented myself and figured out the correct way to sew on the head, I had to take in more fabric in order to sew past the holes I had made. The sloth looks a bit like a peanut since there doesn’t seem to be a neck. I found myself going off the instructions in order to fix the mistakes I made along the way. The instructions called for the arms to be sewed by the neck and I found that to look a bit odd, but just went with it. If I could redo it, I think I would go off of the instructions a bit just for preference. I finished the plushie by filling it with stuffing, and hand sewing holes that I couldn’t fix with a sewing machine. All in all, I’m really happy with the turnout.