Since the prompt says to make something original, I was inspired to use the image of something I had a hand in building in the first place. My sticker is the image of the first robot I built with my team in high school, Talos: 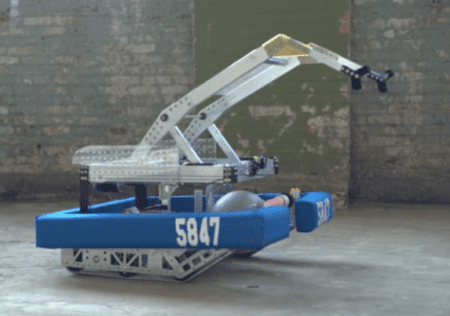 I was able to find a picture of the robot easily, but converting it to a sticker design was another matter. The image was too complex to simply split with Inkscape because the colors weren’t defined enough and no outside edges. To fix this, I used the image to trace my own design of Talos. This allowed me to be creative about what pieces should be the same color and which pieces could be excluded entirely. In the end, I had this design: 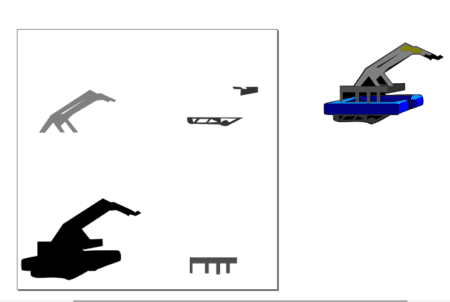 When I went to get the stickers cut, I ran into some minor errors. I initially loaded the sheet incorrectly so that the machine wasn’t holding on to the right side properly. This resulted in a scribble instead of a shape. Luckily, a very nice fab lab employee helped me load it correctly, and it worked much better the second time: 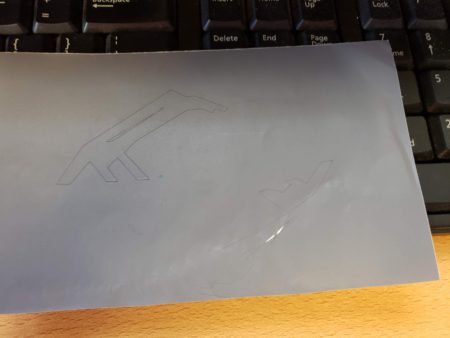 [First try in the bottom right, second try on the top left]

I expected putting all the pieces together to be the most difficult part. While I wasn’t wrong, I still think it went pretty smoothly. The pieces were smaller than I expected them to be, but with a steady hand I was able to put them in place fairly well. 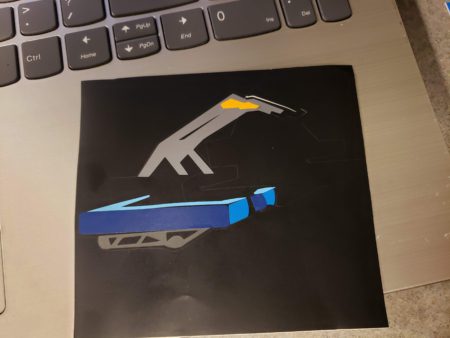 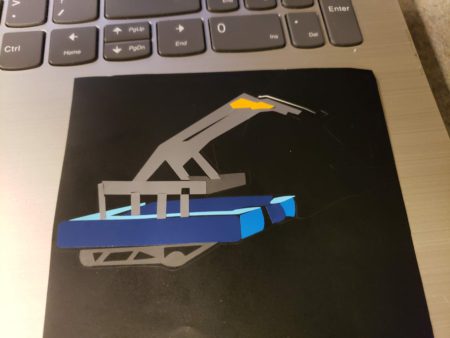 [In progress on the left and finished product on the right]

Overall, I’m quite happy with my sticker. Picking out colors for each component and finding scrap pieces that were large enough was an interesting challenge, and I like the overall design I ended up with. Despite my little problem, the printing process itself was quite simple. I actually found it kind of fun lining up the vinyl to match the grid on the screen.

The trickiest part was lining up all the pieces, so if I had to do it again I would improve that. I learned that most of the design thinking in this process happens before and after using Silhouette. Figuring out what should be broken into parts and then how to put it back together took some time, but it was a fun puzzle. The cutter is quite straightforward and enjoyable to use.