This week we worked on mixing in soft-circuits with e-textiles. I was excited for this week since my older sister used to do a lot of sewing but I was too young at the time to touch the sewing machine so I could only watch.

I originally wanted a lot of embroidery, especially after our first lab section with e-textiles. I made a cute super mushroom from Super Mario. Everything went smoothly during this process, including the color of the threads that I chose. It’s not clear in the picture, but I chose to shiny yellow thread for the mushroom, and I was worried that it wouldn’t turn out nice since the thread was pretty stiff. Up close the thread isn’t as nice as the regular materials but from far away the shiny texture of the thread makes it stand out and it gives off a really nice vibe overall. 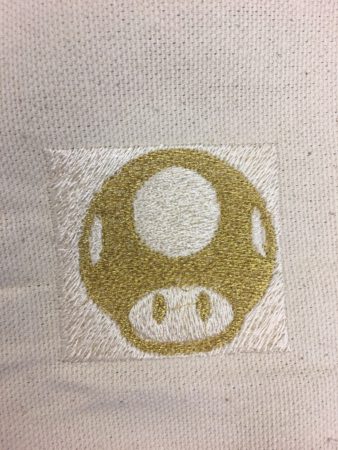 I wanted to continue building off of the Super Mario theme so I chose to embroider a Yoshi onto my actual bag. I went into the lab thinking that it would be easy, like when I embroidered the mushroom, but the entire process was extremely complicated.

The first problem I ran into was getting tangled thread in the machine. Every time I pressed start the machine would work smoothly a minute, then start emitted a muffled clunking noise. I finally realized that it was because I wasn’t holding onto the thread at the beginning of the embroidering, which then got tangled underneath. It was really frustrating that I missed this small step in the process, and as a result had to restart my embroidering twice. 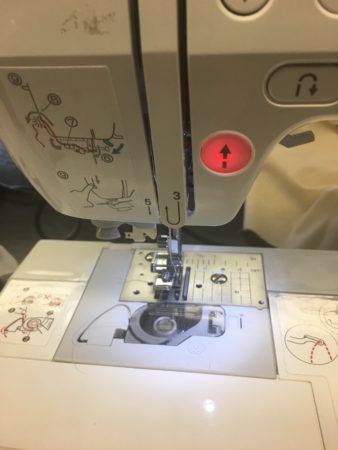 Embroidering with multiple colors wasn’t very different from just one color – it was just an additional step in the process. Once that was over I started to work on the zipper. 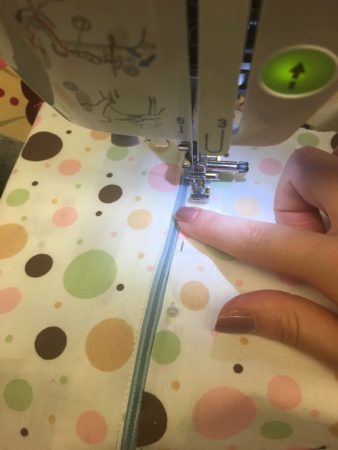 The zipper went by a lot better the second time around. 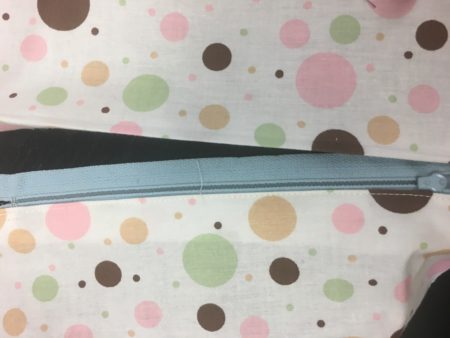 I knew how far to space the zipper foot from the actual zipper, and I was able to run it in 2x speed instead of 1x! The hard part of the bag came from the actual stitching together. I followed the instructions on the powerpoint, but it turned out wrong every time. The cause of my problems was that I didn’t see how connecting the bag in a big U shape could make it turn into a bag in the end. Because I didn’t understand what and why I was following the instructions, my results were a disaster. The first time around, I accidentally connected 3 pieces together instead of 2. The second time I attempted this I sewed too far from the edges and my bag ended up weirdly shaped. I ripped everything apart and finally got it on the third time. 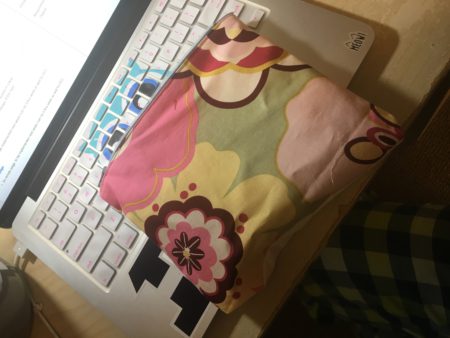 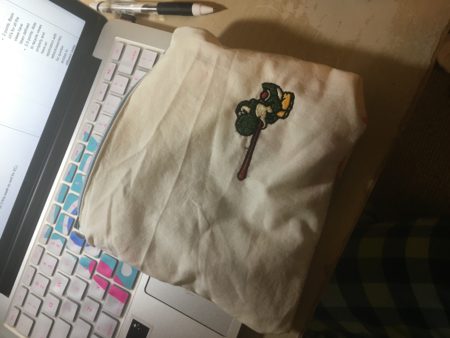 The edges are still not as sharp as I’d like them, so I’m considering remaking this when I have time.

I decided to work on the soft circuits last because I wanted to see how the lights would line up with the final results. I wanted to re-use my original super mushroom embroider, but I forgot to bring it into the lab with me so I set up the circuits alone. The final result will be Yoshi attempting to eat a shiny mushroom! 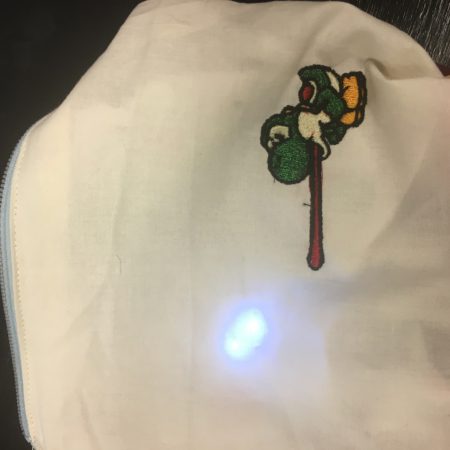 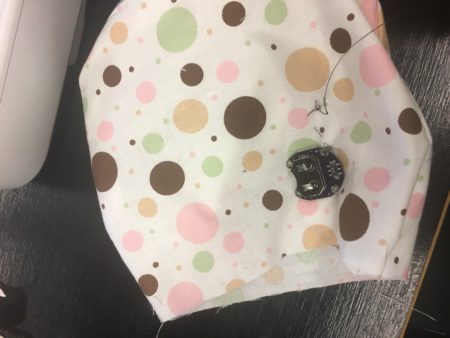 This project took me ~ 7 hours, which was MUCH longer than i anticipated. The majority of the time was spent on fixing mistakes, so word of advice to anyone else attempting this – make sure you understand the steps and how it ties to the final result! It was hard for me to picture flipping the bag inside out, etc.