The goal of this project was to make a nametag that reflects your personality / creativity. I am a huge fan of animals, jokes and anything cute, so I thought some sort of animal shaped name tag would reflect this the best.

The design portion of this project took the longest. It was hard to adjust to Inkscape since there were so many small things that I had to consider. The hardest part for me was visualizing the end product compared to what was one the screen. The first time I attempted my name tag, I accidentally cut out parts of the panda’s eyes so that it ended up with a giant hole. This “before to after” mindset required a lot of time and effort to change the way my brain worked. 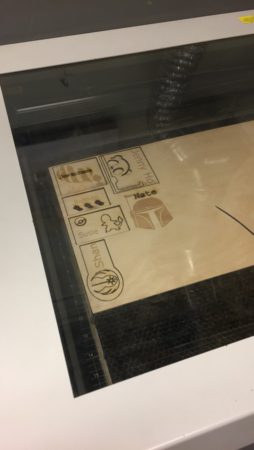 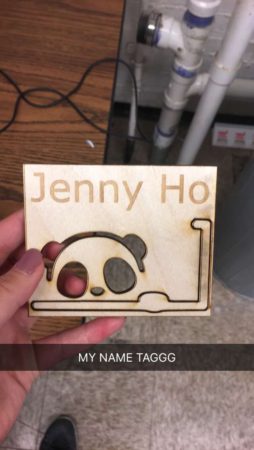 Actually lasering the project wasn’t hard at all, since so many people were willing to help me out. I just followed the instructions on the paper and watched the printer go! It was cool seeing the laser in progress, and being able to see the project come alive under the laser. 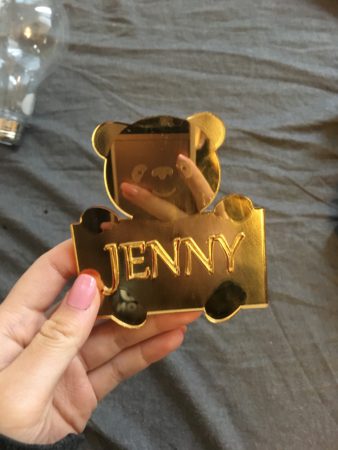 I’d like to be able to draw my own outlines and then transfer that onto the name tag next time, but overall I’m really happy with the way my name tag turned out! It there was some way to add color, or create more depth, I would definitely do that.