For the in-class project, I chose the quote “There is no darkness so menacing, so dense, so difficult, that it cannot be overcome by light” 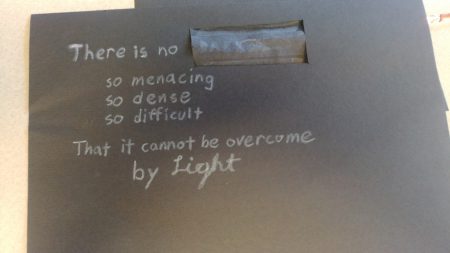 And pressing on “Light” lights up the word “Darkness” which I later realized doesn’t really make sense poetically. 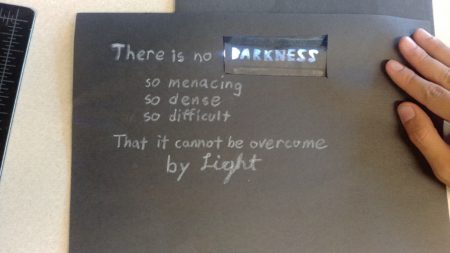 Behind the “Darkness” are two batteries connected in parallel: 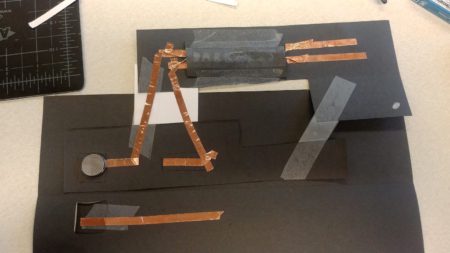 Folding up the bottom piece of the paper completes the circuit.

As for the final project, I wanted to make the classic old-school ‘fortune teller’ origami piece with 4 LED’s on each end.

The very first thing I did was fold the Fortune Teller, then marked which parts of the paper were visible in the completely folded state.

Then, I unfolded the paper. Now that I knew which parts of the paper would end up where, I could plan out the circuit: 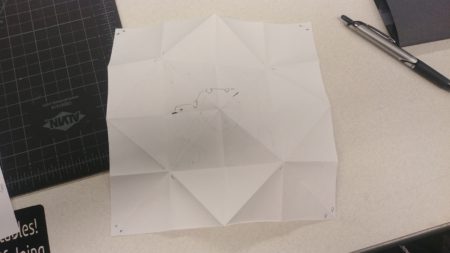 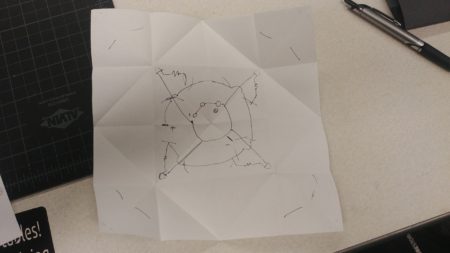 After actually laying out the copper wire & batteries, it looked like this: 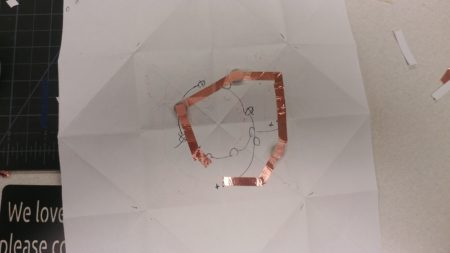 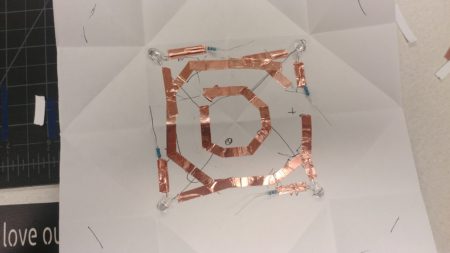 (On the left) the batteries are on one side of the paper, and the copper wires would then go through the paper.

You can see from the picture on the right that I connected all the LED’s to the positive end, to the resistor, which doesn’t connect to anything (yet). Since everything connects to the positive ring, and will individually connect through a resistor to the negative ring, it was a parallel circuit with 4 LED’s.

After a lot of it not working, head-scratching, re-taping, and debugging, I finally got to a working (but finicky) the final result: 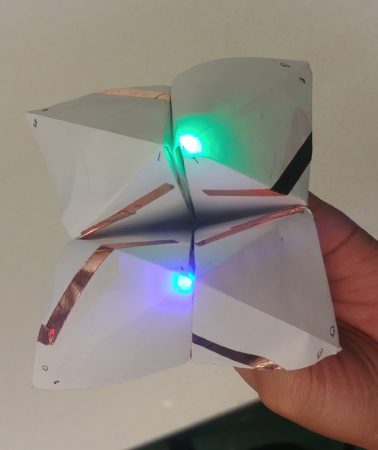 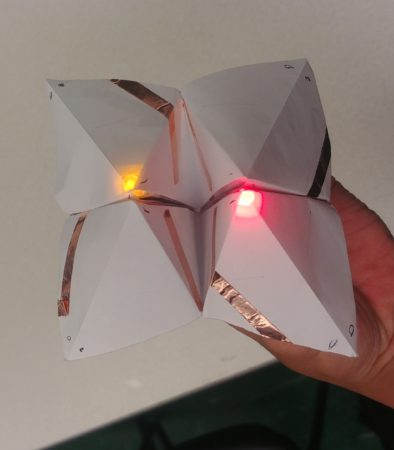 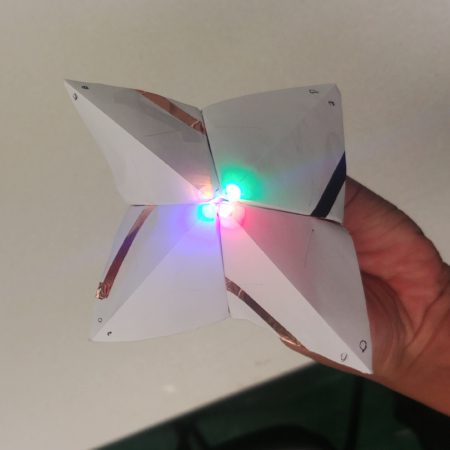 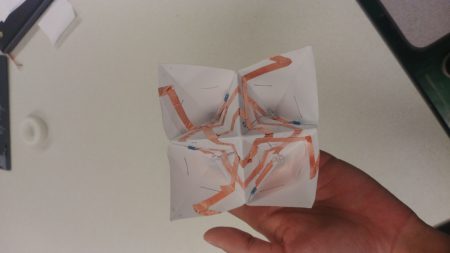 In a lot of ways, I’m surprised that the final project worked as well as it did. It’s so hard to see where electricity can and can’t flow, as well as why or why not. I also learned a lot about planning ahead and how much it can help. If I didn’t unfold the paper to draw the circuit before I actually started putting down the copper tape, I can definitely see myself ripping off the copper tape and re-applying them so much more than I already did. One thing I didn’t plan ahead that I really should’ve, is exactly where the contacts will be to act as the switches. In the drawn diagram, I draw out where the led’s, resistors, negative and positive terminals should go, but never drew where the switches would be. I did get it working, but unfortunately the switches had to be a bit impromptu after folding it up – and since I crossed over some folds with the tape, this can’t be unfolded again.

I’m really glad with how the final project turned out. Two of the lights do flicker a bit, unless it’s held juuuust right, but I’m completely satisfied with its current state.