Motivation: I do a lot of digital art and as such I own a drawing tablet. However, I problem I had recently is I lost the holder for my pen. This means that most of the time my tablet pen is just sitting free on my table, which occasionally means I knock it onto the floor. Because of this I wanted to make a simple holder for my pen.

Build Process: I started by making a few 3D models in TinkerCAD, which can be seen below. 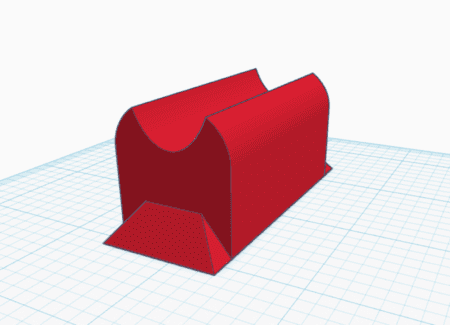 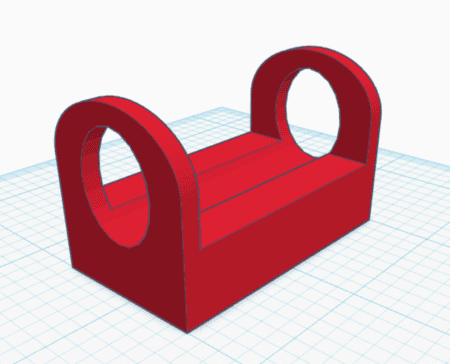 While most pen holders orient the pen vertically, my designs revolve around holding the pen horizontally, I did this primarily because I wanted to make a holder that differed from the one i initially had. Out of these three designs I ultimately decided to go with the pyramid-shaped one. After I settled on this general design I wanted to make sure it’s dimensions would actually fit my pen, which to my surprise the measurements of the original design ended up being nearly perfect.

After finishing the designs I went in to print out my object. The my initial print failed, the PLA was oddly bunching up on the printing nozzle, so we cleaned off the nozzle and started the print over again. The second time printing went smoothly and I was surprised the printer was able to accurately reproduce my model, specifically how well the semi-spheres on the corners turned out. The finished product can be seen below. (Ignore my mouse pad…you’re not a loser.) 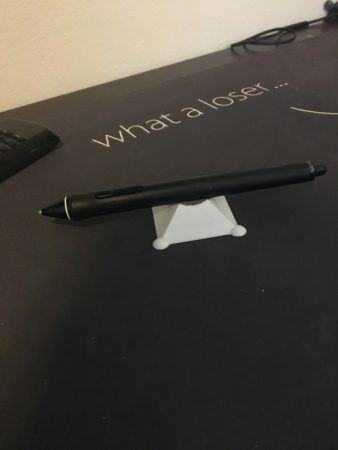 Reflection: The design of my models was interesting as I had to keep in mind what the printer was capable of printing, which meant I had to adjust my designs accordingly. I also learned I to always double check the machine before printing, which would help me avoid the strange issue I ran into.

Even though my model turned out how I wanted it to and functions properly liked, if I had the time I would have liked to explore making the design slightly larger or even modifying the angle the pen was held. Also I fell like I played it pretty safe with my design as i picked a model that I was pretty positive would print with no issue. With this in mind maybe in the future I might try and test out designs that might not be able to print so I can better understand the limitations of 3D printing.