Making Insects Is My Life

This maker journey was exciting, time consuming, sometimes frustrating, and very rewarding. My project began inspired by pinned insects that my little sister gave me for Christmas in 2019. I thought they were beautiful, and tried to pin some of my own during the pandemic the following summer. But as the weather began to grow colder, I realized finding insects outside was going to get more and more difficult, so I decided to make realistic insects for my Maker Project.

I started by choosing insects that were native to Illinois, species that I could have possibly found if I had been collecting them from nature. Having experience working with paper and 2D art, I chose to make my insects from paper, thinking I could build up layers to create a more three-dimensional shape. However, my first trial of the stinkbug was oversized, flat, and easily distinguished as an insect replica even from a distance. The firefly, which came next, was still larger than life, but incorporated bead eyes, a small sewn body, thinner wire antennae, and paint to capture the full range of color present in the real insect. I was happier with the result of the firefly, but still knew it was not one that I would be satisfied to display as part of my final project. I wanted to make my insects look real!

Struggling to work at a very small scale, I next began working on the Mourning Cloak butterfly. I painted the wings in two separate pieces, and then embroidered the edges of the wings and the veins before attaching both wings to a sewn body. Although the butterfly ended up being oversized as well, I was much happier with the way the pieces came together. From there I went back to trying very small insects again, but this time branched out to using found objects like berries, seeds and stones. I used small dried berries from trees at my workplace to create both the ladybug and the cucumber beetle, though the cucumber beetle ended up having multiple parts put together to achieve its shape. The zebra moth was my final insect, and came together quickly with minimal frustration, which I attribute to my becoming more flexible over the course of the project with how the look of each insect was achieved. The zebra moth was a combination of cardboard, cloth, paint, wire, and a piece of dried pasta for the thorax. I worried less about the back of the insect as I was getting ready to pin them into the shadowbox for the final Maker Showcase.

This process was initially thrilling, then frustrating, then exciting and satisfying again. I learned that making multiple iterations–even if they are not all identical–gives you many chances to explore different techniques and materials until you find what works best. I also found that for me, having a designated work space was really necessary for an ongoing project, though I don’t think my using the living room coffee table as my “designated workspace” for six weeks was very much appreciated. But being able to keep a project out and resume work in small chunks of time you can steal from your weekly routine really allows the opportunity for more enjoyable experimentation rather than rushing through and simply focusing on the end product. The duration of this project made us all think about and reflect on the process of making, and how trying again and again and sharing our failures and successes made the experience richer and more rewarding. 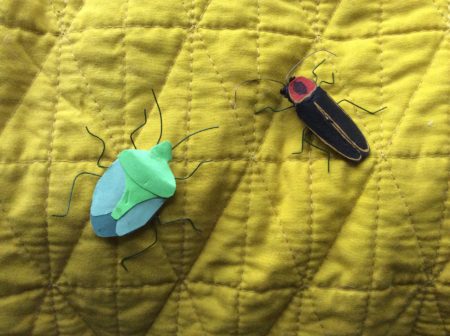 Making Insects Is My Life 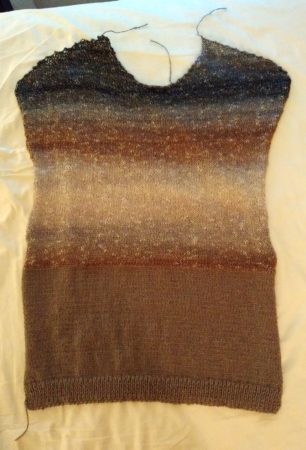