My in-class design for the locomoting pom-bot was based off the paper we were given with the chicken on it. I tried reconstructing the chicken with a moving piece. I chose to make the head movable to mimic the way a chicken would peck grass. For the body, I put together two cut pieces of construction paper. I used brown cloth to cover some logos and feathers for a better look. I wrapped the head in some odd jaguar print to break the pattern. Using skewers and ice cream sticks I made the legs. The servo attached between the cardboard body and connected to the head, allowing for movement. 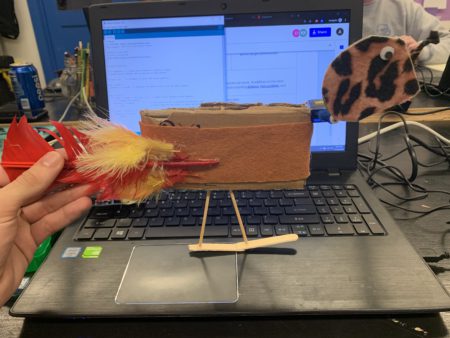 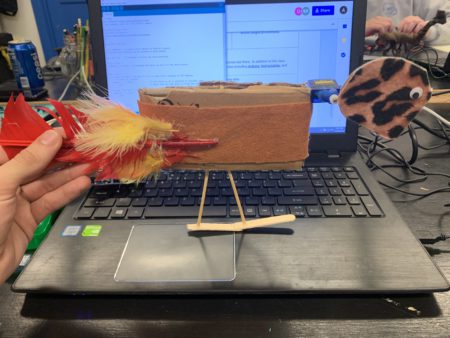 The overall design was functional and looked pretty cool with all its different features. I wanted to add on to it, so I started thinking of how to shape it into the next model. To improve the design I cleaned up everything that was sticking out, specifically the cardboard. Then, I improved the sticks-for-legs idea with pipe cleaners to make the design more colorful and a thicker base to allow the chicken to stand on its own. I made the tail into a moving piece by attaching a servo to the back and putting feathers and pipe cleaners on it. 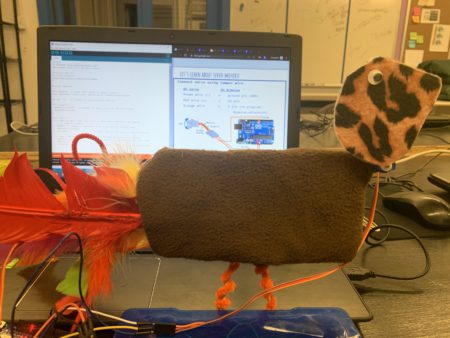 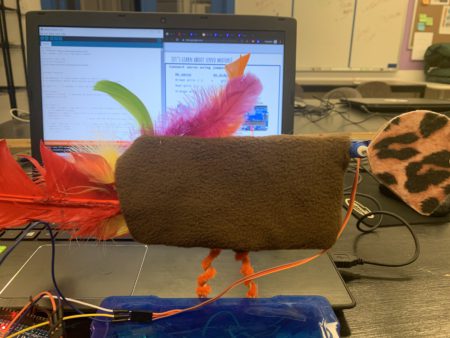 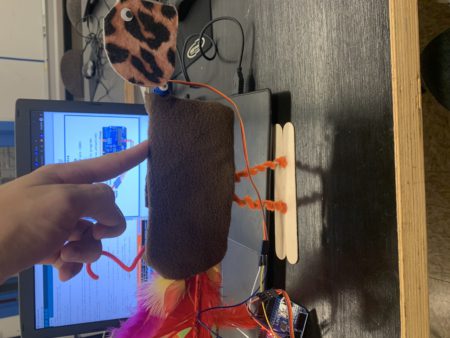 The final design was still unable to stand on its own. The moving pieces shook the base enough to shift the entire thing off balance. If I could improve this design it would have to be started all over. I would mainly change the frame and the base. The rest of the pieces, specifically the tail and head, are good enough but could be made to look more neat.