In the last two weeks of lab, we learned about 3d modeling and printing. During the first week, we learned the basics of using Tinkercad and Meshmixer. They were relatively easy to use, but very time consuming. My attempt on making a castle and alien were not that great. However, this exercise was a good introduction on how to use Tinkercad, since I have never used it before. 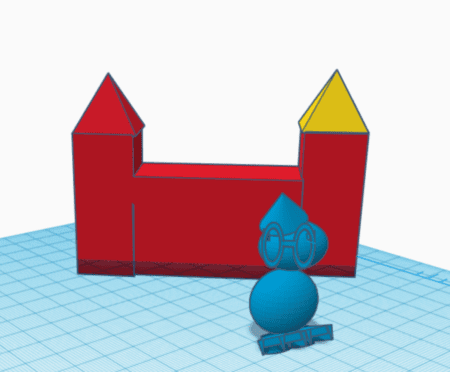 On the second week, we dived into using 3d scanning. This mostly dealt with scanning an object or person. The hardest part in the scanning would probably be trying to get all the angles of the object or else the object would have a hole somewhere.

For our assignment, we were required to make four different sketches of things we might possibly print later on. After some thought processing, the top two that I was considering printing was either the utensil prompt or the part I need prompt. 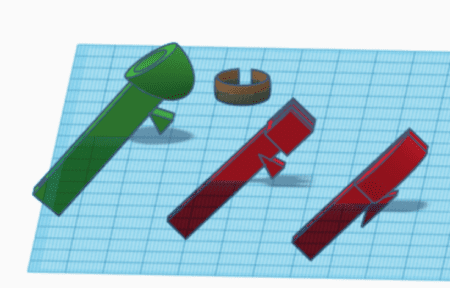 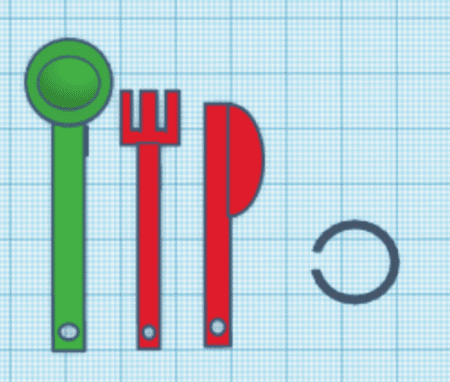 However, in the end, I decided to actually print the part I need prompt. My original idea was to build a stand to wrap my chaotic wires around, so everything is more organized. The box on the bottom would be to put adaptors or chargers. 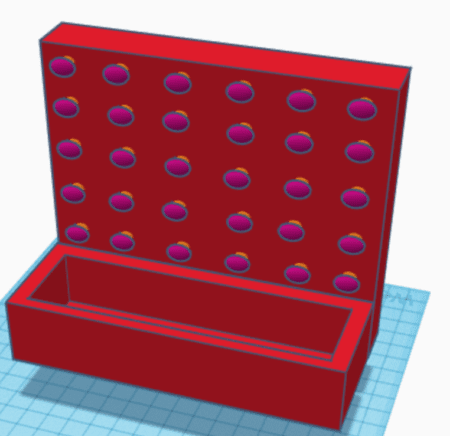 After showing one of my roommates my design, she thought it would be better to make it into a jewelry stand. This is a good idea since all my jewelry are all tangled and missing. Having them in one place would definitely benefit me. So I decided to get rid of the box on the bottom. 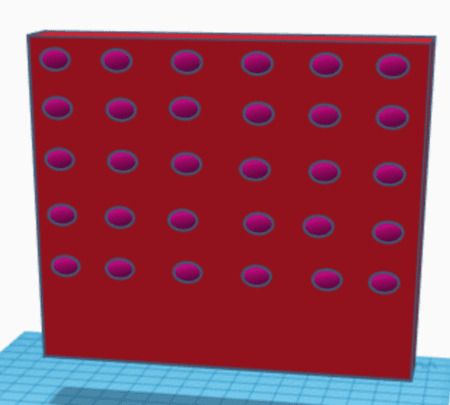 The actual printing process took a bit longer than I expected. For some reason, I did not check the measurements of my stand, so it turned out a bit smaller than I anticipated. However, I’m still happy with it. 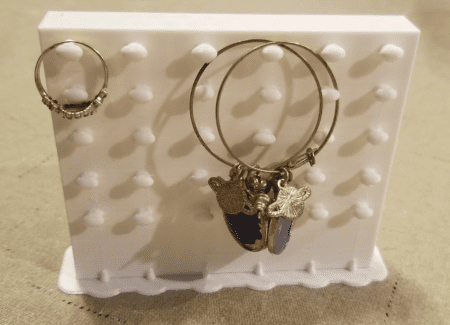