For my iteration assignment, I decided to revisit the 3-d modelling assignment. In that assignment I made a lot of models that I wanted to print, but was only able to do the practical motor wall for iRobotics since the competition was coming soon during that time. The model I wanted to print the most and had the most fun making was my 3-d rendition of the painting Scream, which was altered by replacing the titular characters face with my own:

To continue with this theme into the iteration assignment, I decided to make a full 3-d diorama of the scene to place the model into. I planned to use a laser cutter to make the background in three separate stages: first the “frame” for the painting, then the pier/dock behind the screaming person, and finally the background bay/sky. 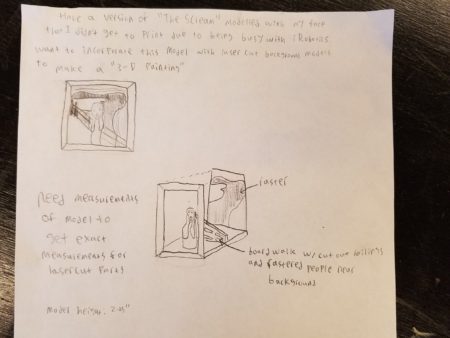 I needed to do measurements to make sure the sizes matched the painting, so I did the printing first to get a proper size of the model in order to scale the background properly, as you can see noted down in the corner of the above picture. 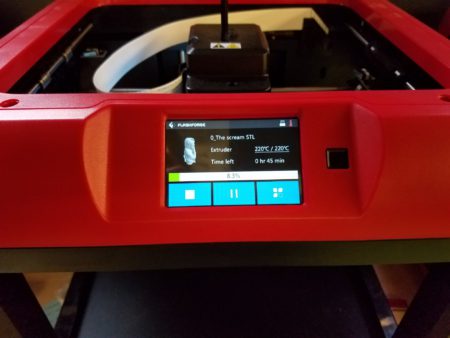 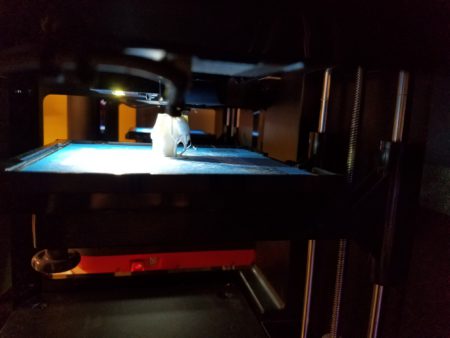 Here it is just out of the printer: 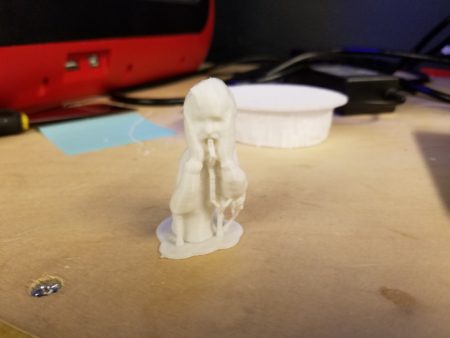 And after a bit of clean up, voila! A screaming Jacob! 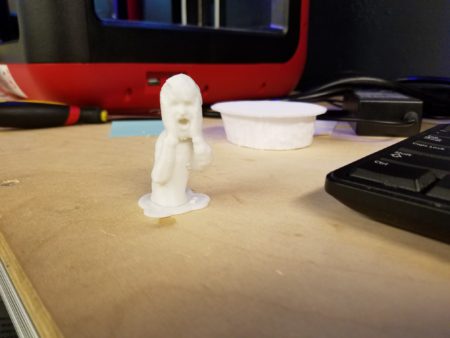 I found this process decidedly less difficult than I thought it’d be, but I think that was in part thanks to the fact that I’d been 3-d printing parts in my free time for senior design, so I knew to add the supports and raft, and how to tweak fill and other odds and ends to my liking. I don’t think the lighting does it justice, but I really liked how the model came out even on its own, and was excited to turn it into a real piece of art!

Next up was drawing out in inkscape the parts for the rest of the painting.

Initially I did a lot of tinkering around, my main method to recreate the painting was to trace over it, but I decided to directly trace the bitmap of the painting for the sky, and then edit out the nodes of the other portions of the painting. In addition I decided to make the sky its own piece, adding a bit of extra depth to the background. You wouldn’t believe how time consuming getting that pier down was, I tinkered with the angles and nodes of the different shapes quite a lot, and much to my chagrin the first time I did it I forgot to save and the file was lost, forcing me to restart from scratch. The main thing was that I rastered the darker parts of the painting, and left the lighter parts untouched to give the illusion of lighting like in the painting. In addition, I made sure to cut holes in the railings so that the background could be seen through them, adding more depth and really selling the 3-d feel of the final product. 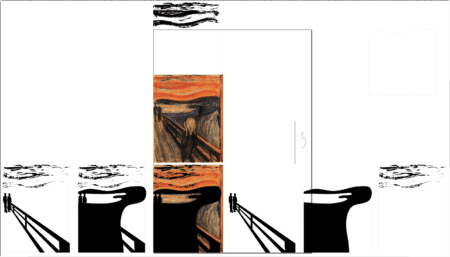 Here were the pieces I settled for as the final parts, and a comparison to the original painting. 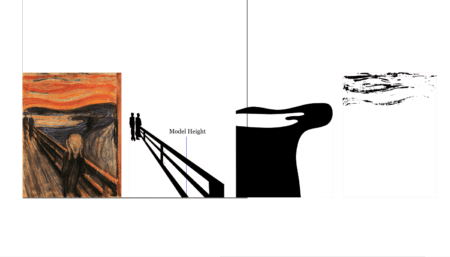 And here we next come up to final parts just before cutting, You’ll see an additional base to support the different pieces and small support blocks to hold the up. 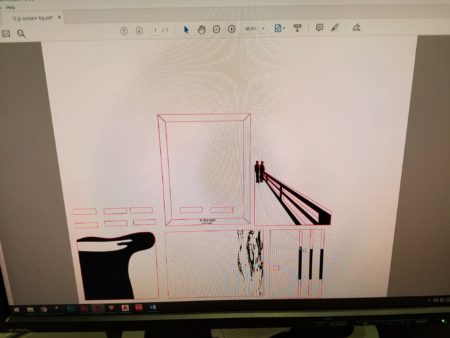 Here we have the piece as it’s being cut. (in this case it rastered first, technically) 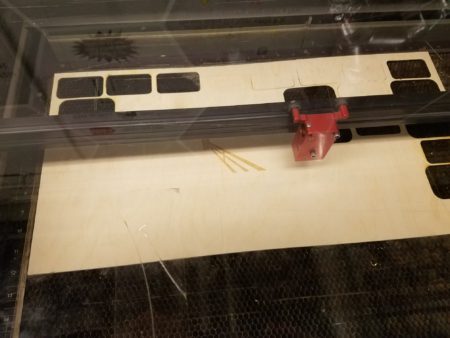 Of the two main components, I’d say the laser cutter was definitely the most frustrating for me, constantly tinkering with the angles of the railings to properly align and then tracing over the raster outlines proved quite annoying.  In addition the first time I cut the pieces out, I accidentally set the raster to the same settings as the vector, so I became very confused we the laser started cutting out a a mountain shaped hole by going back and forth. However, I felt pretty rewarded by the outcome after I assembled all of my pieces together: 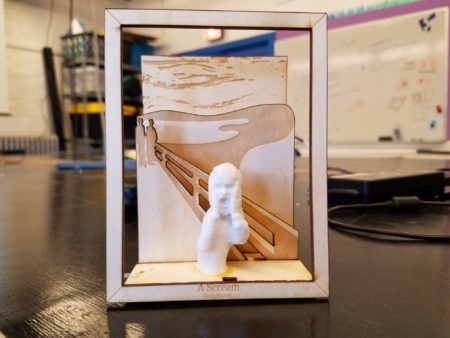 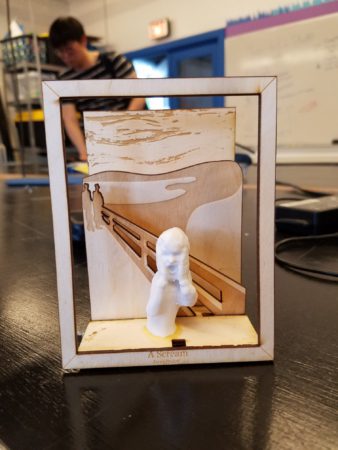 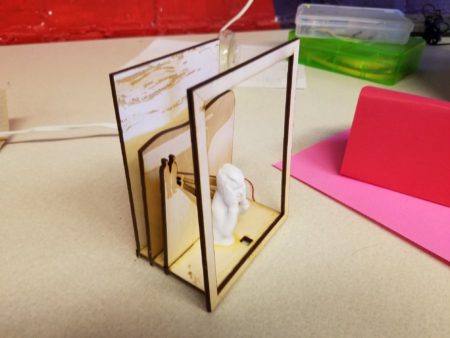 I really liked how this assignment came out, and am glad I did it, even in spite of some of the frustrations I had. The only issue I have is that the front frame dried in place slightly crooked, and I don’t want to try to force it into place since I don’t want to snap the wood, but otherwise the model came out better than I’d imagined it would! However, you may have noticed the small hole I put in front of the model, this was originally planned to add an LED under the face, but I realized that there wasn’t enough clearance under the base to put one there, so I decided against putting one there in the final product.

It does look pretty good on top of a desk lamp though. 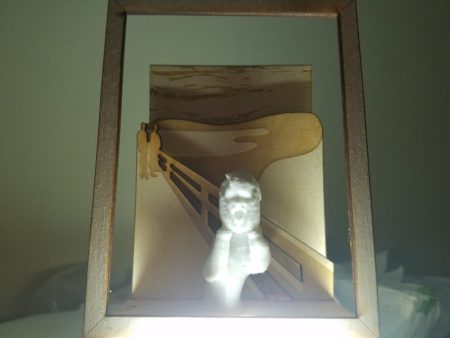