Subtitle: why do you make your own life so hard, shaoyie

Okay, so, full disclosure I think this is late? I forgot this was due Sunday midnight, between some other deadlines I had running. I’m writing this now because I realize I should have something up; ideally, the finished product will be up only an hour or two after I initially post this. Now that I’ve figured things out, mostly.

(which is.. still not ideal since its like 4 am but ITS ALRIGHT.)

ANYWAY. This is the current product:

For reference, it says: “I believe in a universe that doesn’t care and people who do.” around a line drawing of a whale.

The project I was redoing was my vinyl sticker, redone on an embroidered patch.

So for reference, this quote is from a conversation in a video game, during which the characters are looking at constellations. The one the conversation is centered around is this whale, in the bottom right, so I wanted to capitalize on that. Thinner lines aren’t as good for vinyl stickers, so I wanted to try to make it into a patch instead. 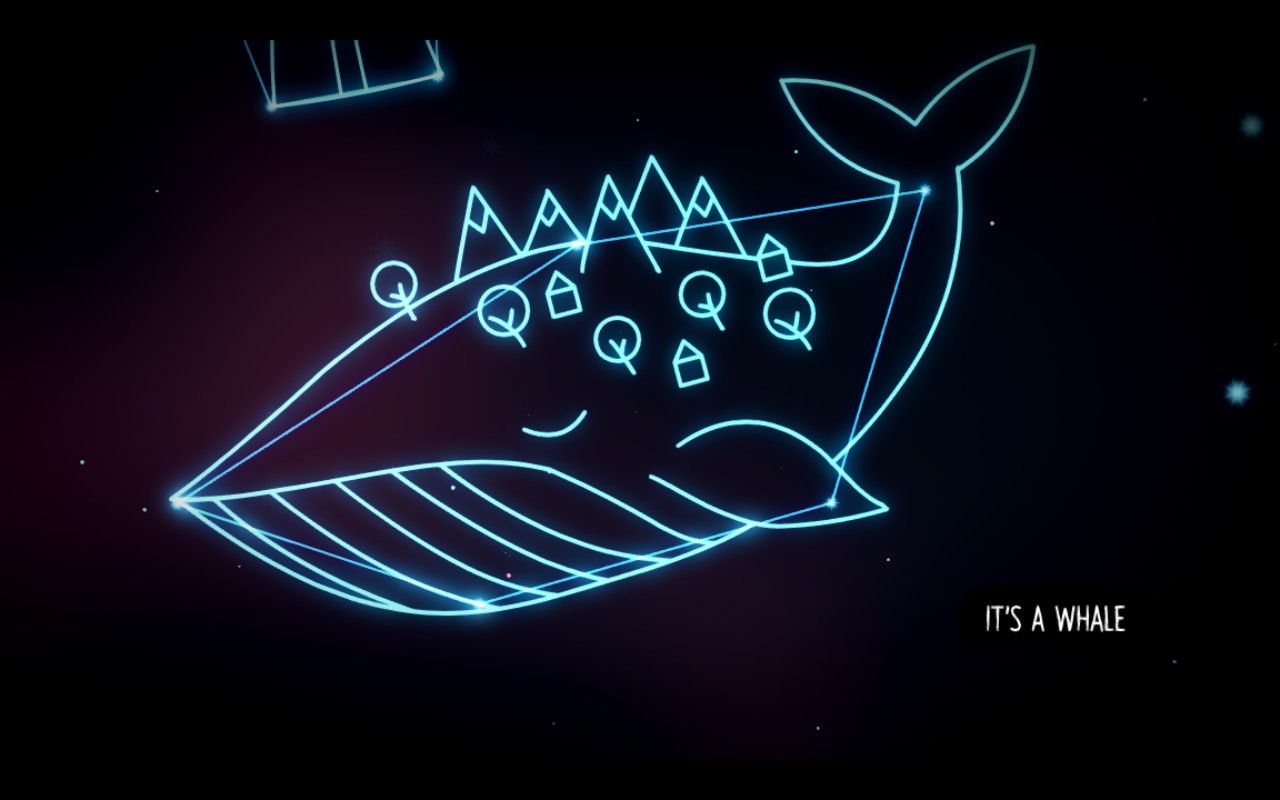 That in mind, this was the new vector design I ended up with.

(I’m really quite proud of this one).

First step was embroidery. That by itself was a process. I wanted to make the dark cloud embroidered as well; not just a shape cut out of fabric, so it took a pretty long time. There also wasn’t thick enough fabric in the color I wanted, so I ended up learning how to use stabilizer. The entire embroidery took about 1 1/2 hours to 2 hours? I remember this because I stayed about 30 minutes past closing time because I was waiting for the embroidery to finish.

It went… alright, but the text didn’t come out too clean. I think part of that may have been the font choice (did you know that text doesn’t really translate very well into the embroidery program we use? i know now. You basically have to redo any text you might have on your vector design, which was… fun…….), and also that the repeated punching of the background + text may have made the lines a little more squiggly. The initial product was definitely pretty hard to read.

I spent some time cleaning it up with little scissors + a lint roller, but I don’t seem to have a specific picture of the-after for that.

Other than the text, and the stars coming out more like tiny tiny dots, I was pretty happy with it overall.

Initially, I was going to try to put the LED’s on the points of the whale where the stars in the original image had been. Upon finishing the patch itself, I realized it was… not the best idea. The patch was too thick to have it poke through, and setting it up to let the LED’s poke through probably would have messed up some structural integrity.

So, NEW PLAN: place them around in a sort of framing manner. I was going to use conductive thread + sewable LED’s for this part, which I was pretty excited about. I had 5 LED’s and more or less had the idea of how I wanted to place them.

So I then embarked on a Series Of Bad Decisions.

Bad decision 1: I decided I wanted to sew them all into place first, and just light them all up at the same time. I think at the time, I was 1- trying to make sure I didn’t forget how I wanted to place them and 2- optimize my time in the lab so I wouldn’t have to take home the roll of conductive thread (because I would then be in danger of losing it). That said, it was a pretty terrible decision. Some knowledge of circuits in my mind and vaguely remembering “the positives and negative lines cant touch!” I sewed all the negative threads first.

Ended up with this.

Which is, as you can tell, a mess. I, staring at it, went, “shoot, I can’t really sew the positive lines without them crisscrossing each other.” and instead of, say, taking them out and trying to do each LED 1 by 1, went. “I will force them not to touch”, and sewed on a layer of cloth, to act as a buffer between the negative and positive lines. like, this piece of cloth went over the battery pack, and had holes cut out for where I wanted the needle to go through the holes of the pack. It was, very, very suspicious looking.

[Apparently I don’t have a picture of the back after I did all that. That’s okay. It was a mess. This is a good explanation of my line of thinking]

(It speaks to how sketchy it was that I don’t know whether the actual end result was more or less ugly than that diagram).

And then! After all that! It didn’t work.

(This is actually also a photo of the before-positive. I can promise you it didn’t work though).

Anyway, at this point in time, I had left the fab lab, cut a length of the conductive thread (“just in case”), and been sewing in the positive threads at random moments. Once I realized it wasn’t working, i put it away for a while for future-me to debug.

Over the course of a couple days, in hopes I would not have to rethread everything, I ruled out possible explanations such as:

2- the thread didn’t work + needed more contact to work. (it was actually the other way around. I’d assumed it would need several loops of contact to have enough surface area. But even one thread was enough).

3- the LED’s weren’t working. (I couldn’t actually test this one without rethreading everything anyway).

4- I was trying to power too many LED’s. (Per me asking Emilie, a standard coin cell battery could power at least like 6.)

5- repeatedly taking out the battery and putting it back in might make it work possibly maybe. (tested this many times).

After all that, I sighed, and took it apart. (and confirmed that yes, the LED’s worked.)

(this took surprisingly long on its own).

At this point- about 5 PM on Sunday, I also realized I had misplaced my spare conductive thread. So, I was left with a tangle of already-used conductive thread, mostly in short chunks because taking it apart had been difficult, even after I’d realized I would need it, and tried to cut it as sparingly as possible, a pretty limited set of hours, and a good reminder of why one should test things in small increments instead of trying to do everything at once. iteration, shaoyie.

anyway, once I realized you 1- don’t need that much thread to make circuits, and 2- i didn’t have to tie down the battery back with conductive thread, I wasn’t too worried, although already-used conductive thread isn’t very cooperative with being used again.

I did, however, manage to mess up AGAIN, and sew down an LED the wrong way.

You might see the little tiny plus and minus on there. I did too. Unfortunately I did not heed them when I was sewing it into place. “why not, shaoyie?” don’t worry, I don’t know either.

Anyway, so that leaves us with the finished product! I will improve upon it in the future, possibly, but for now, this is just about it.