I decided to re-do the textile assignment for my iteration project. I made the plush owl for the first sewing project. However, I did not really understand how to sew. It was my first sewing project. I also discovered on this project that I did not understand that I needed to combine the different cutouts into one. Therefore, I embroidered a patch that ultimately never made it to my wallet. I received a lot of help from Maxx. 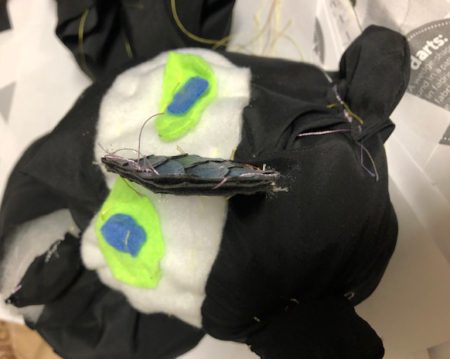 the first assignment, with the plush owl.

I had cut out the fabric, but into several different pieces. I ended up having to place those items back and used a giant roll of the shiny, satiny green fabric. I got tripped up a lot on this wallet because I did not really understand the instructions. They were not as well written as the plush owl ones.

I had to cut out the fabric twice. My first attempt was tripped up by the zipper. I cut the wallet part too much, although in hindsight, I am sure that this could have been salvaged. I just was panicked because I could not come in to finish the sewing until Thursday evening.

I found the satin to be a much better fabric in terms of hiding how often I poked it with a needle and needed to pull the threads. For instance, when I was trying to put the entire wallet together, I had flipped the sides so that the zipper was on the outside instead of the inside and flipped.

I do enjoy the sewing. I just need to remember that the template needs to be taped together before I cut the material. Also, I was missing the interfacing. I think it would have helped it not be as lopsided in the end, but I really think I did not a bad job. 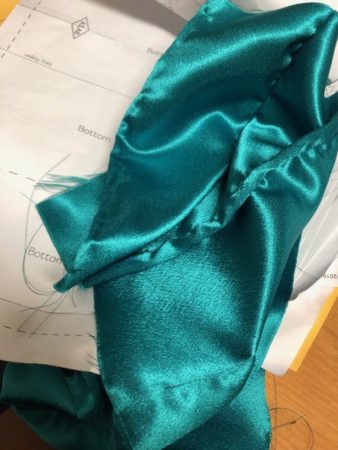 Trying to get the folds right by using the template. 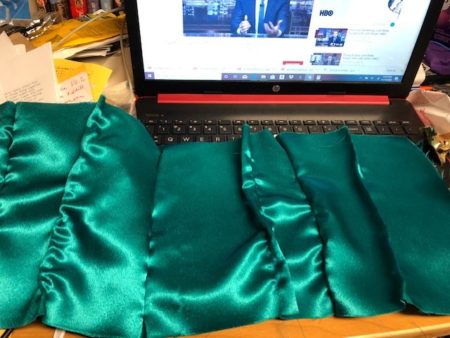 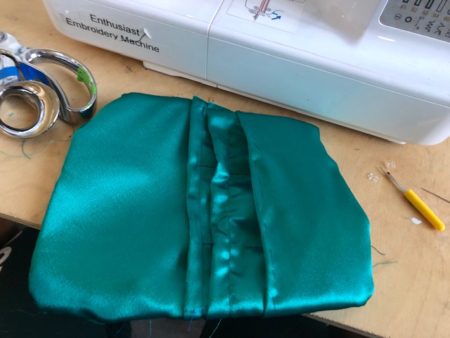 This section was the hardest. I had messed up the mountain folds three or four times and had to constantly pull the thread out. I got turned around and kept using the wrong sides to make the folds. 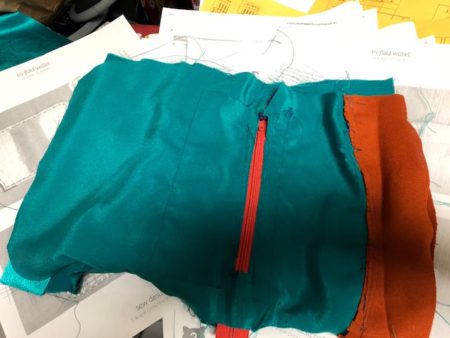 I lost my contrast band when I sewed the item together. I managed to keep it when I temporarily hand-stitched it, but with the machine, I ended up sewing it all together. 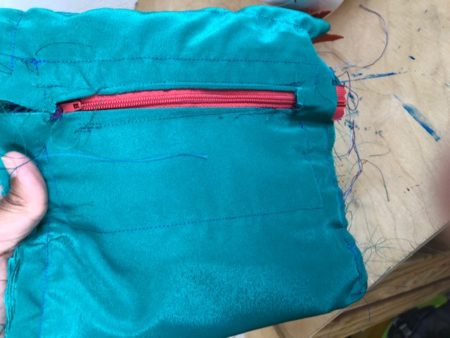