For the iteration project, I drew inspiration from my name tag assignment and the Arduino labs. My name tag had a few elements that I wanted to expand on: the use of black tinted transparent acrylic and the skyline design. Initially, my concept was just to recreate the Sydney skyline and create a backdrop that would allow for LED lights to twinkle through by vectoring holes.

As my first step, I began to look up landmark silhouettes on Google, I decided to make a worldwide skyline, picking landmarks and buildings of cities I’ve visited. I ended up with 21 separate pieces total. I wanted to create conformity so I took a bit of time to selecting varying silhouette shapes that weren’t too contrasting in detail from one another. 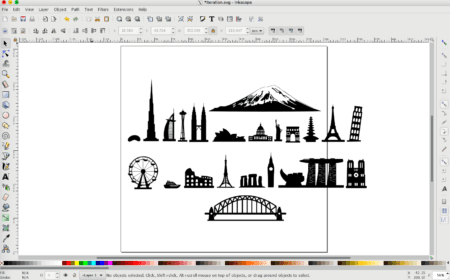 After choosing the images, I moved over to editing on Inkscape. I had to do a lot of tedious, repetitive editing in order to get the pieces to be vectored and rastored in the way I envisioned. When I selected the images to be vectored, they had defaulted to vector every white space, which was not what I wanted because there were a lot of white space and a lot of these spaces were extremely small. To fix this, I filled in each white space to have a copy of the details, deleted all the path nodes inside each image (in order for the vector to stay within the outside of each silhouette), then placed the filled white space back onto the image. This took a while, and there was a lot of tinkering involved. 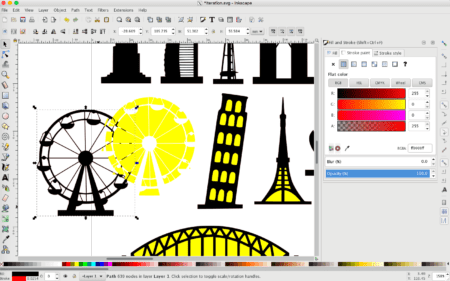 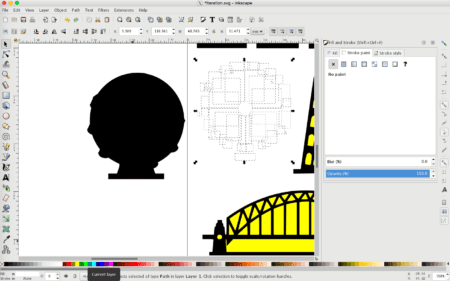 Then, I started creating 3mm tabs to create the interactive feature in the iteration project. Essentially, I wanted to let people move around each piece however they wanted. I unified 3mm tabs to each of the 21 pieces and created 5 3mm holes within the base piece. 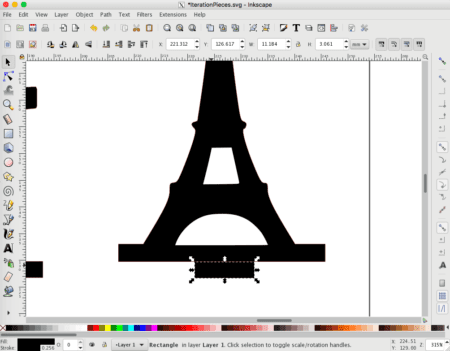 As well, I tried to create the press-box effect so that the top piece and the base piece of my project would hold together but something went wrong (I think it might’ve been that I had to print the two pieces separately and on different machines) and the tabs didn’t align so I just ended up using one of the 5 4mm hole I created for the 21 pieces as a way to hold up the backdrop, so it ended up working out. 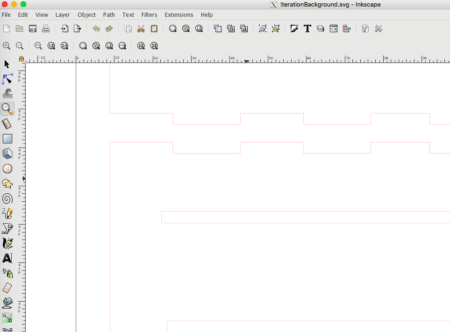 The laser cutting and engraving went pretty well. Unfortunately, there wasn’t black tinted transparent acrylic so I opted for the clear acrylic.

The LED lights were pretty simple because we had worked with Arduino in class. I used the ‘Fade’ code in the program to achieve the twinkle effect I was going for. The LEDs fit perfectly within the star cutouts in the acrylic so that was nice.

Overall, I’m really happy with the final product. I think it looks super cool and reflects the time and effort I put into the assignment. Initially, I designed the concept with black tinted transparent acrylic so that the wires and bulbs aren’t obnoxiously visible, but I don’t mind the outcome. If I had to improve on anything, I would fix the backdrop pieces so that they could successfully achieve the press-fit effect.

This video shows all the components of the project: IMG_2192