I knew I wanted to work on my laser nametag project because it was the project I had the most fun with and put most effort into. I also had a better idea than other projects on how to improve my laser name tag project, so I knew what to choose for my iteration project. My original nametag, I styled it into a GPU name tag using trace bitmap,and using draw lines effectively on inkscape. For my iteration project, I wanted a nametag that was actually 3D, instead of several wooden pieces glued together. I also wanted the several sides to each accurately portray the sides of a GPU. There would also be a red glow coming from the box in a pulsing effect, to reflect the name of my GPU, the Sapphire 5700xt “Pulse.” 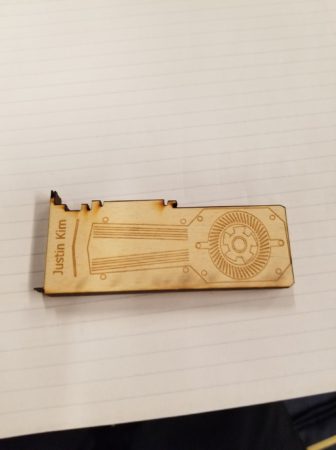 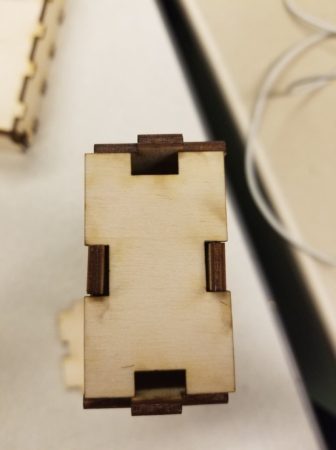 At first, what I tried doing was designing my own box following after learning how to make notches using a youtube video. Using the grid lines, and having the nodes attach to the corners automatically, it was rather simple to create the notches for the individual sides of the box. I foolishly thought this was all I needed to do in order for me to create a box. The first printed pieces however, seemed not to match, and some notches were going into the right place. At this point, all I thought was I must have put some notches in the wrong place as the box was not holding it self. I continued to make the same mistake of trying to fix the notches when the problem was that I was not thinking of the extra dimensions needed to the box to be assembled in the place. I repeated these procedures three times more before I realized I am stupid and asked Max for advice.

Max directed me to a box making tool online that I could then download as a svg file easily, which I could then edit on inkscape. Using the improved box, I made different vector images for different sides, and most importantly, instead of rastering my name like my original project, I chose to vector the name. I then put a red tissue paper behind the name so when a light shines through it, it will glow red. 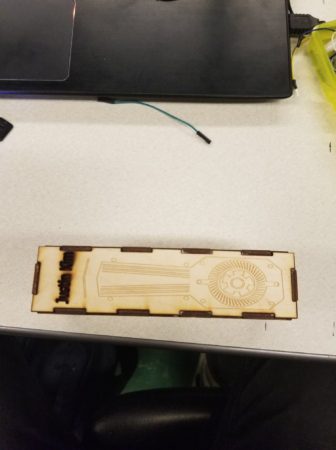 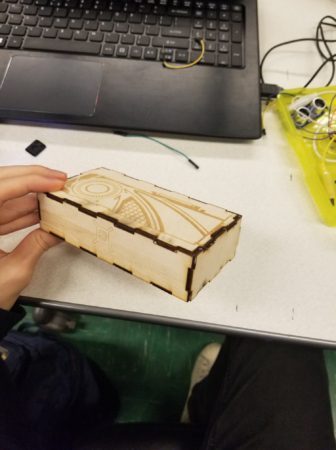 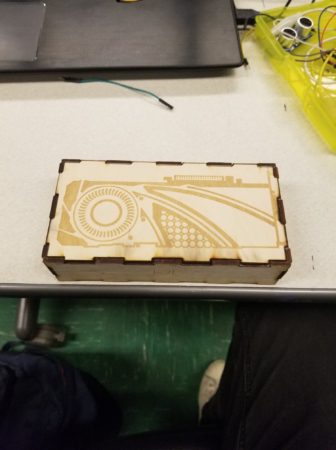 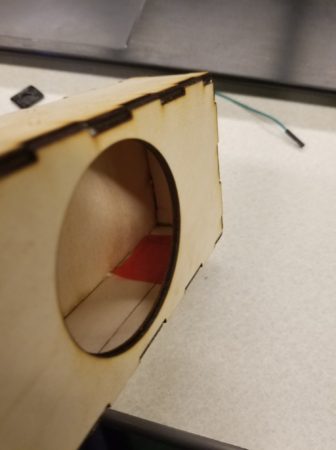 Behind the name is a LED light using arduino circuits. It is using the code set called “pulse” that uses the delay function and a for loop so the light slowly increases intensity and decreases continuously.

Overall, I think there is much more I can improve with this project, if given more time. I could paint the whole wood black before lasering so it looks more realistically like a GPU, which I was in the process of doing before running out of time. I could also find a way to add mini fans to the case. The side designs of the box I could put more on inkscape to be improved. I think my overall idea was good and if given more time, I can find more ways to improve my design.