For my final composite, I created a decoration to be placed somewhere in my family’s house. I made this decoration for my mother as she is very near and dear to my heart. I have not gotten her a gift in forever, so I decided making one would be better than buying something generic. This way, I can have fun flexing my creative muscles with purpose. I want something guests can be surprised by when entering the house. 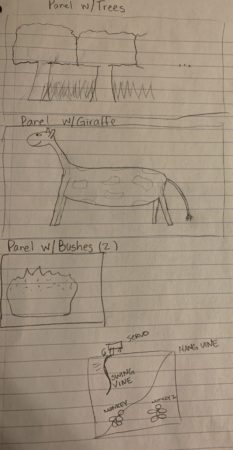 The decoration idea started as a diorama.  I came up with ideas of pretty 3D models, but I designed the diorama with intention for it to be interactive. Specifically, I wanted something people can pick up or play with within the diorama. For people who do not interact with the composite, the decoration is nothing more than a 3D artwork. While I like art, I appreciate utility even more so I went for the most fun art I could. The decoration is composed of multiple pieces that created individually and then later put together on a stage.

The first piece is a wooden box frame that holds everything together from the background scenery to the main objects on display. Using the MakerCase website, I downloaded a box .svg file to create the stand. I used the laser cutter for the box as well as the various shapes for the background. This was relatively easy as we have done a lot of work with lasers.

I completed my learning goals using the woodshop tools for the first time to clean and connect the wooden pieces together. I was also interested in learning how to use the mill, but I was told it would not perform as well. It takes a lot of time to learn the software and for the mill to make cuts. My goal was to make a gradient landscape. That could easily take 10+ hours depending on how much of a gradient scale it is. Instead I iterated the project with foam to create a colorful grass surface with water down the middle.

The second part was also a set. I borrowed a design online for articulated monkeys. I decided to print two of them in different colors and replace half the corresponding parts for a multi-color effect. Using their curved hands and feet, they are able to clasp on to different parts of the diorama. They can be played with and put back anywhere. Unfortunately, the apes were printed with exact precision to allow moving the limbs but not removing them. 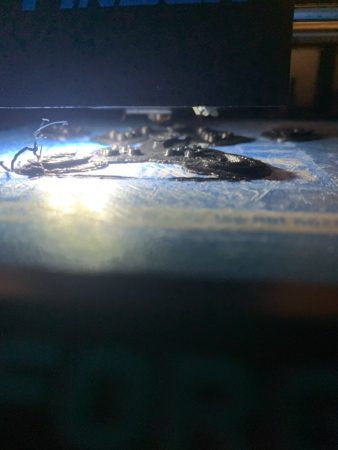 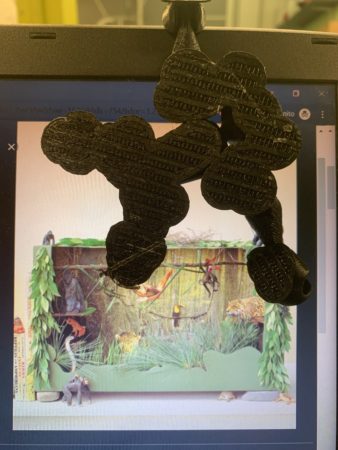 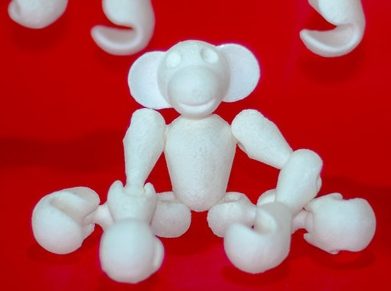 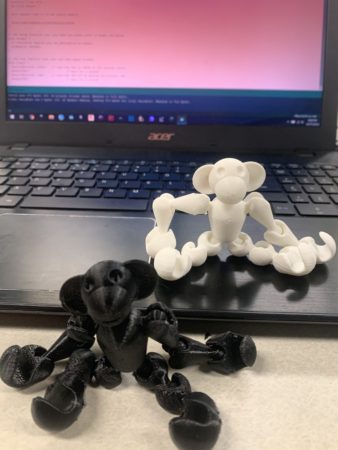 The third and final piece is simply a hidden battery pack attached to a breadboard with a programmable AT Tiny. I attached the wires using basic soldering techniques and programmed blinking and fading patterns for the lights. The soldering and programming were both learning goals of mine. While the soldering was easy, making it aesthetically appealing is difficult. I could have soldered the wires into the breadboard if I had a different one, but it was not really a problem. The wires held on enough to support the weight of both apes. 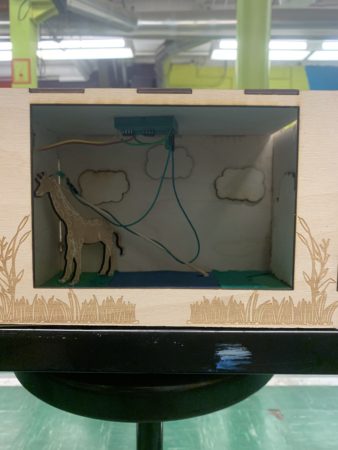 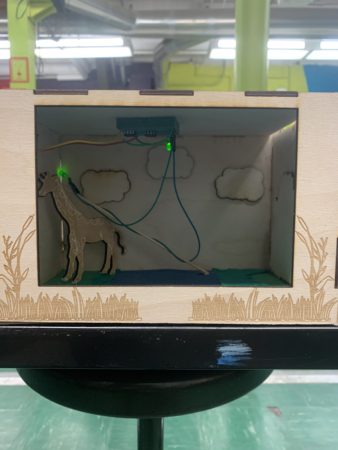 The programming on Arduino was relatively simple because I had access to sample codes. I took the samples and modified the numbers. The lights shine a bright green from opposite ends of the box. The wires also served as vines from which the apes could hang. A gentle push causes the apes to swing back and forth quickly. 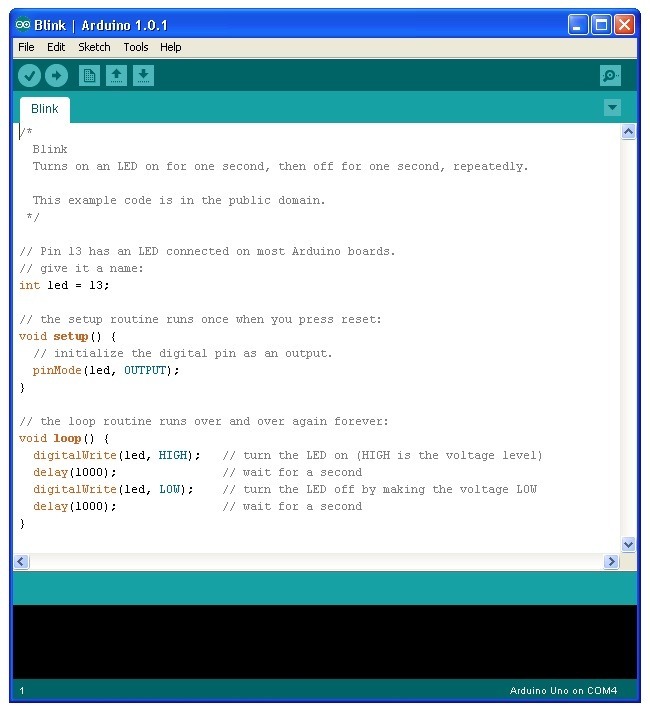 The most significant thing I learned over this course was the importance of planning your project. Sketches, prototypes, and write ups help make the process smoother. There were times where I created something and got an unexpected result such as the case with the ape pieces. Had I made room for errors, I could have improved the design and printed it again. However, I learned that I can make quick decisions to find use in my mistakes as well. I am significantly more confident with every tool that we worked with, even though I did not apply all of them in the final project. 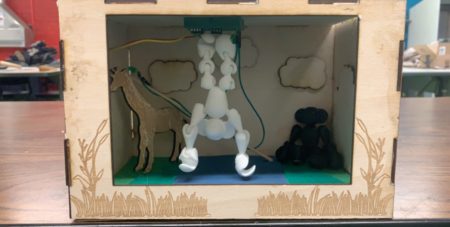 I think of myself now as a creative more than before. That is not to say that I was not creative, but I was never able to bring my ideas to fruition. I can definitely consider myself a maker. Thanks to this course I am able to plan steps for a project and follow each one to make the result perfect.  Each step of the process is important and requires equal focus. Similar to a chain, the steps of a project are dependent on one another. If I go over any one step too quickly, it could cost me quality for the rest of the steps. Applied creativity is the true definition of a maker. If you can form ideas and create physical/digital versions of them, you are a maker.