For my final project I chose to create a card holder for the card game, Dominion. I chose this project because I wanted to learn how to work with a new material (mainly wood), and I wanted something sophisticated and useful in the future.

I began by looking up what other people created as card game holders for inspiration on Pinterest. 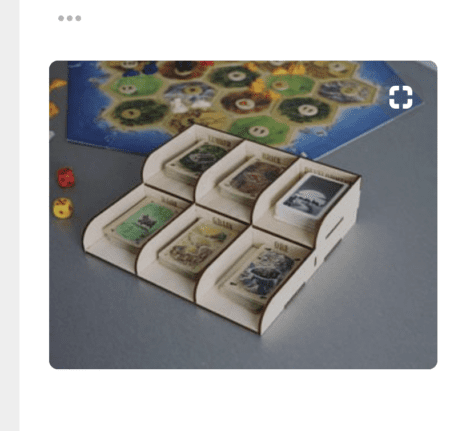 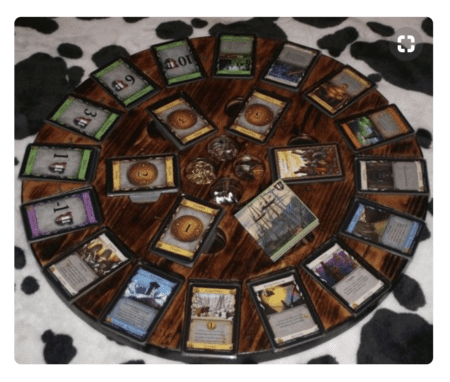 Above are two pictures that I found particularly inspirational, and I wanted to create something similar. I really liked the top left because it organized it very compactly and neatly, and it was easy to take out the cards. The top right has a very polished look but wasn’t as practical because the cards were oriented in a 360 degree rotation, so the player wouldn’t be able to actually read the cards.

I wasn’t quite too sure what design I wanted though, so I sketched it out on paper first.

This is an example of a design that I first drafted. In the past I made the mistake of not measuring things out and just sort of eyeballing it, so this time I made sure to measure everything, INCLUDING laying it out on the board.

I went to CU Woodshop to buy my wood, and there I learned all about the different types of woods and lengths. I was originally going to buy a thick block of wood but the person there told me to buy 6mm, and thankfully I listened because it turns out the laser cutter only cuts up to 6mm. Learning that was a huge shock and just another lesson that even though I prepped the design and etc, there will always be unforseen things that occur, so iteration must always be an option (and improvement). 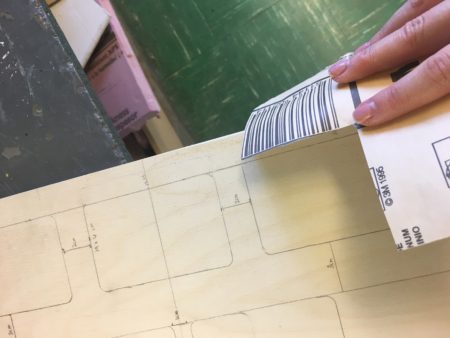 I drew the lines on my board before cutting, to make sure my measurements were correct, ad of course it was off. The layout I had created didn’t take into account the width or height of the board, so I ended up measuring out spaces to evenly line up the slots. 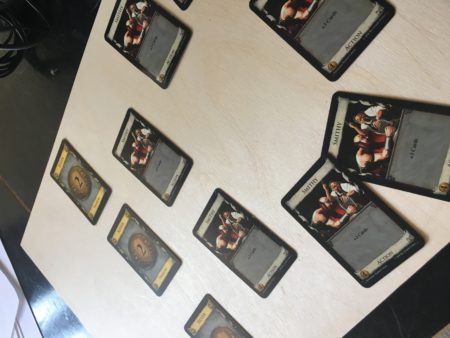 Next I layed out my cards on the board to (once again) check that the dimensions  were correct, and once it was finalized I began lasering! 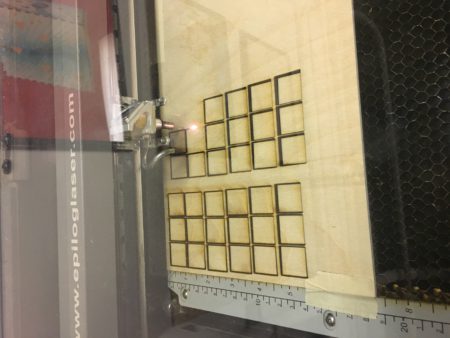 I also lasered out tiny squares in case I needed them in the future. The moment I began lasering I realized I didn’t think to count the number of cards, so I wasn’t sure if the slots would be deep enough to hold the cards. Fortunately it turns out that there’s not that many cards to begin with, and only three of the slots needed it!

The last step was lining the bottom with felt. I was actually going to keep the board to just the top layer, but it didn’t look good and the cards constantly slipped around. 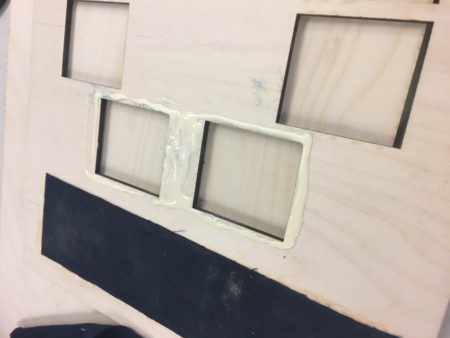 I glued around the edges of each slot and then connected it with a strip of felt that I measured out. Finally, I added another layer of wood to the bottom of the board, waited for the glue to dry then sandpapered the edges and the surface of all sides. The sandpaper took FOREVER because I didn’t use the machine, but instead used sheets of paper. It was very gratifying to see sharp edges become smooth though hard work though. 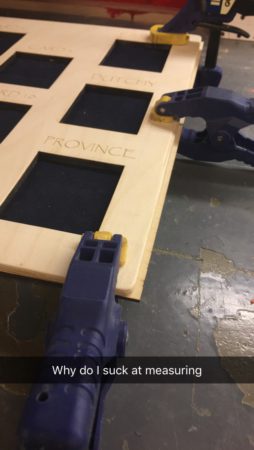 This project was REALLY fun because my friend saw my snapchat then asked to keep the board. That gave me motivation to work even harder and to try to make it as good as possible. I realized that while creating things is fun, creating things for other people is even more fun.