For this project, I began by creating a one layer vinyl sticker which combined two animals. The front of the animal was a Lion and the rear was a bear. I used the pinpoint feature in Inkscape to make sure all the lines were lined up nicely and the animal had a rear portion that matched the front. I think the overall design turned out very nicely.

Design Process
For my main design, I chose to do a golden retriever. The colors of the original image were on a gradient for the overall fur, which made it tough to choose exactly what color I wanted to use.

I decided to go with beige color for the fur, with a black background to accentuate the lines and overall outline of the body. If there had not been a black background, the body of the dog would have all been meshed into one. I then chose the layers and what specific colors I wanted to print to add more character to the overall sticker. I used silver for the nose and eye, pink for the tongue and white for the teeth and pupils. Once I finished I decided to cover the entire image in a clear vinyl so that the small details would not rub off. 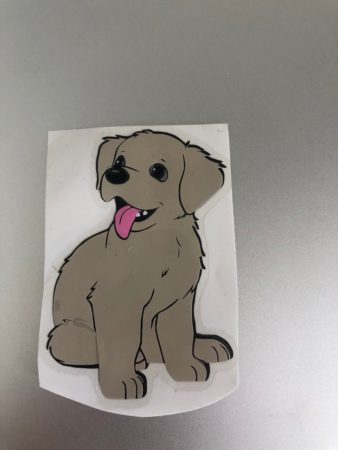 Design Problems/What I Would Change
I did not have many issues designing this besides the very intricate details on the sticker itself. I found that portions of the sticker did not really cut out perfectly, and it was tough to stick the vinyl on top of other vinyl without it falling off. Overall if I could redo this I would make sure to incorporate fewer small details to the sticker so it wouldn’t be as hard to place them in their correct positions.

My outside of class design is as follows.

I started with a picture of Marshmello album cover art and broke it apart using Inkscape.

It was a layered sticker and I ended up printing out each layer and layering them on top of each other. 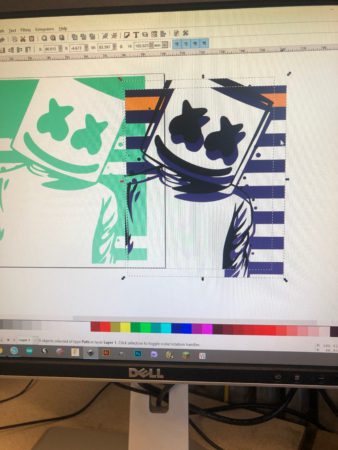 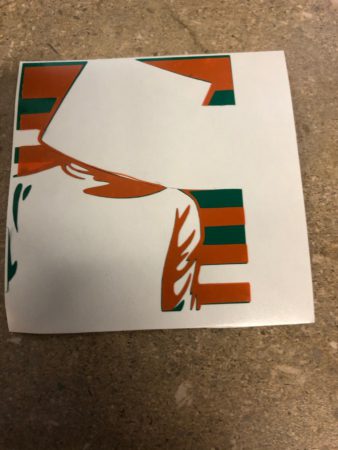 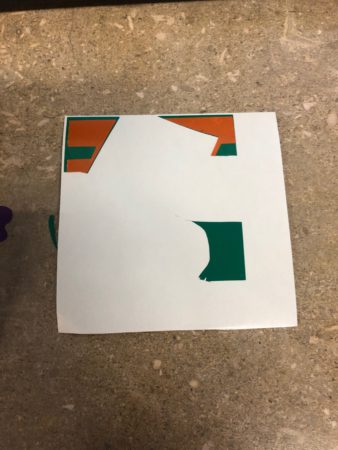 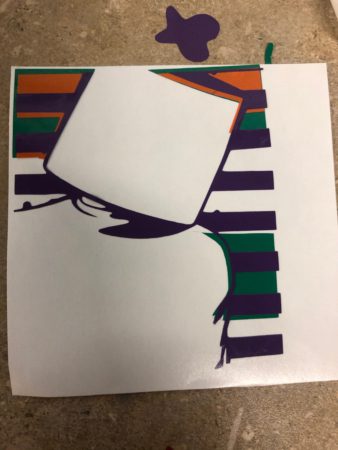 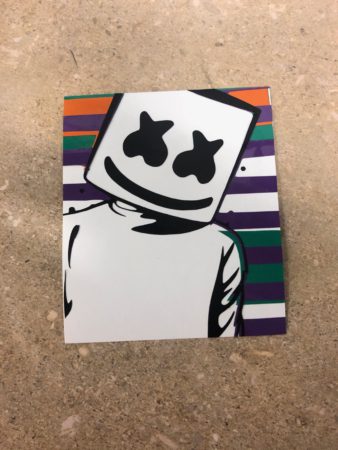 If I could change anything about this, it would definitely be the transfers from each layer to be more smooth. I used all scraps for this project, so some of the vinyl cut-outs were different shapes before I trimmed them all down to 3.5×3.5 to the best of my ability using a paper cutter. I think the execution was decent. I had to manually cut out some redundant portions with an x-acto knife, sort of shifting some of the vinyl. Overall I am happy with the end result for sure though.