This week, we were tasked to make something new out of the things that we have learned throughout the semester. Earlier in the semester, I have created a motion sensor LED light where the LED light lights up when motion is detected. To iterate on that design, I decided to create a ‘smart dustbin’ that opens its lid when it detects motion (people trying to throw things). For this project, I have used laser cutting and Arduino.

To make the body of the dustbin, I decided to create a cube out of plywood. I used makeabox.io in order to print out the outline of the box. Using this website, I did not have to figure out the measurements in order to cut off the plywood. I have also measured out my sensor and added in the necessary holes for the box. 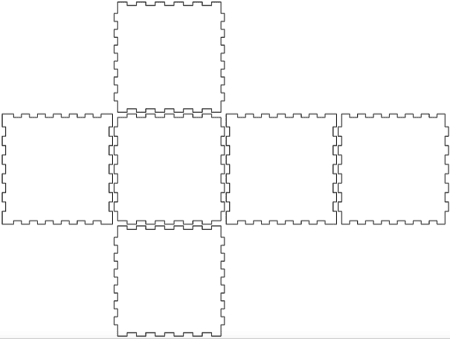 After printing having my six sides of the cubes cut off, I realised that I did not consider that a little space is needed in order to put the boxes together. As a result, I had to use a hammer to hit the corners of the boxes together. (I felt really bad because I was making so much noise at the Fablab!) While it was more trouble than expected to put the box together, the box has become really hard to pull apart, which is actually a good thing!

After putting the box together, I used the code from the motion sensor project and edited it so that the output will move the servo 180 degree (in order to open the lid of the dustbin). Instead of using the PIR motion sensor, I decided to use the ultrasonic sensor.  This took a while as I do not have a lot of coding experience, but thanks to Google, I managed to get it to work!

Here’s a picture of my final project: 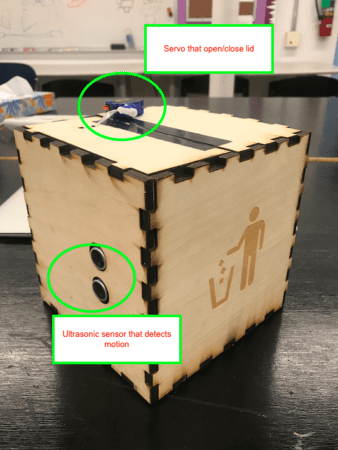 Essentially, the dustbin will detect if someone passes by. When it detects motion, it will send to servo to turn a 180 degree. I initially wanted to place the servo inside the box, but found it hard to make the lid to close once it opens. Thus I decided to put the servo on top of the lid/ outside the box. Since the tip of the servo is connected to the lid, the servo will pull the lid along with it, opening the dustbin. Here, it took me some trial and error to figure out the right tension of the string between the tip of the servo and the lid. Since a looser tension will not close the lid when servo goes back to its initial position, and a higher tension will prevent the servo to turn a full 180 degree. Nevertheless, after some time, I finally managed to get it to work.

Here’s a video of it at work: smart dustbin

However, I realised that the lid is not closing properly after a couple of rounds. I figured that this is because the gap between the two parts of the lids (that is connected by the tape) becomes loose after several rounds, pushing the smaller lid outward. I realised that I should have cut down this section maybe about 2-3mm smaller in order for this work seamlessly. 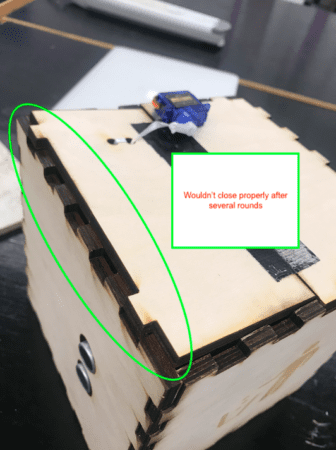 Certainly, my project is not perfect and there is still room for improvement, but I’m pretty proud with what I was able to make for this project.