With many of the cute examples in class, I knew that I wanted to make something colorful. As a former bubble tea shop worker (and am still obsessed with bubble tea), I decided to create a cartoonish bubble tea sticker. I started off by looking for a general silhouette of a bubble tea cup like this: 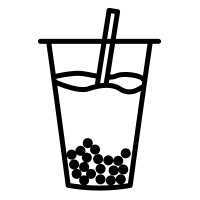 I used only the outline and adjusted several aspects like straightening the straw, only keeping one wavy line, and removing the black circles. To add the “cute” aspect to the sticker I added eyes and a small smile. To make this assignment more challenging, I decided to add a word bubble that read “can’t we all just oolong?” My final sketch turned out like this: 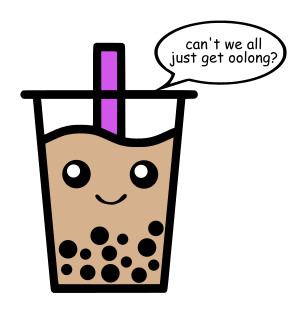 I was able to break apart the original image so that the black would be the base and every other shape would overlay it. My final layers were this (I changed white to blue to make it visible): 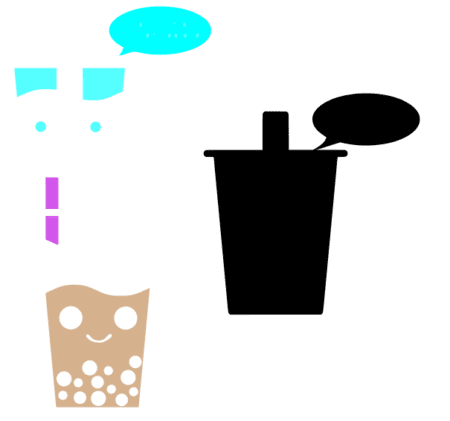 I separated each layer before printing and adjusted the sizes evenly. Once I printed each one I began to stack each layer with transfer tape: 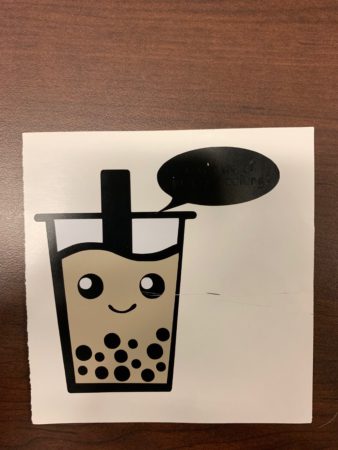 However, I ran into one major challenge which was the word bubble. I made the letters too small, so it was very difficult to peel back the sticker and layer the white on top of the black. Some of the letters wouldn’t come off so I decided to remove the word bubble entirely and just keep the bubble tea cup.

My final product including the failed attempt at a word bubble turned out like this: 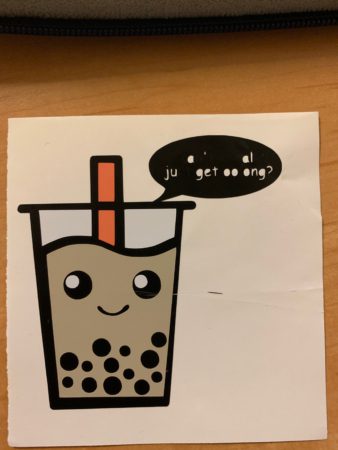 Overall, I had a fun time designing and putting together this assignment. I had to think backwards from how I would have to stick each layer to each other and create shapes in Inkscape to account for that. If I were to do this project again, I would definitely use larger letters and also a attempt different colors instead of overlaying white on black to create a black text in white word bubble effect.