In our lab session, we learned how to use Arduino to make LEDs SOS light and how to combine LEDs with ultrasonic distance sensor. We followed the step on “the Arduino Instruction tutorial”. All the descriptions are clear. I have never used Arduino before, but a classmate who sits next to me has much experience with it, so I asked him for help a few times. At first, I have a little trouble understand how the loop works, so he explained it to me.

After I went home and think about what should I do for the assignment, I first came up with a storyboard. I have a scoliosis problem for a while, and the doctor told me to keep a good posture. I found it really hard to maintain a good posture. So I think, maybe I need a device that constantly remind me if I am sitting correctly or not. 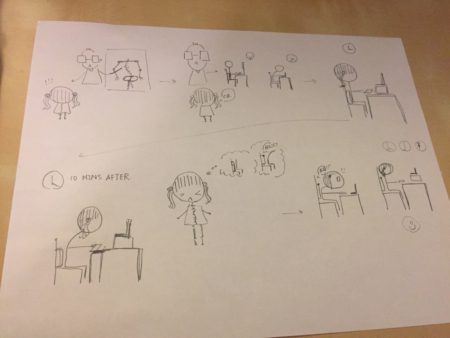 The Arduino device is pretty simple. I basically need an ultrasonic distance sensor and a buzzer. So I watched a youtube tutorial and modified to goal to make the distance condition the condition that I want. I went into several troubles. At first, the controller board was not working while uploading code. I couldn’t find any mistake, so I used another controller board, and then it works. Secondly, when the program was running, the buzzer does not sound normal, so I used another buzzer…. There is a mistake I made during  both lab section and open hours, I plug the jumper into wrong plug, so the sensor does not run normally. Everything besides that work fine. 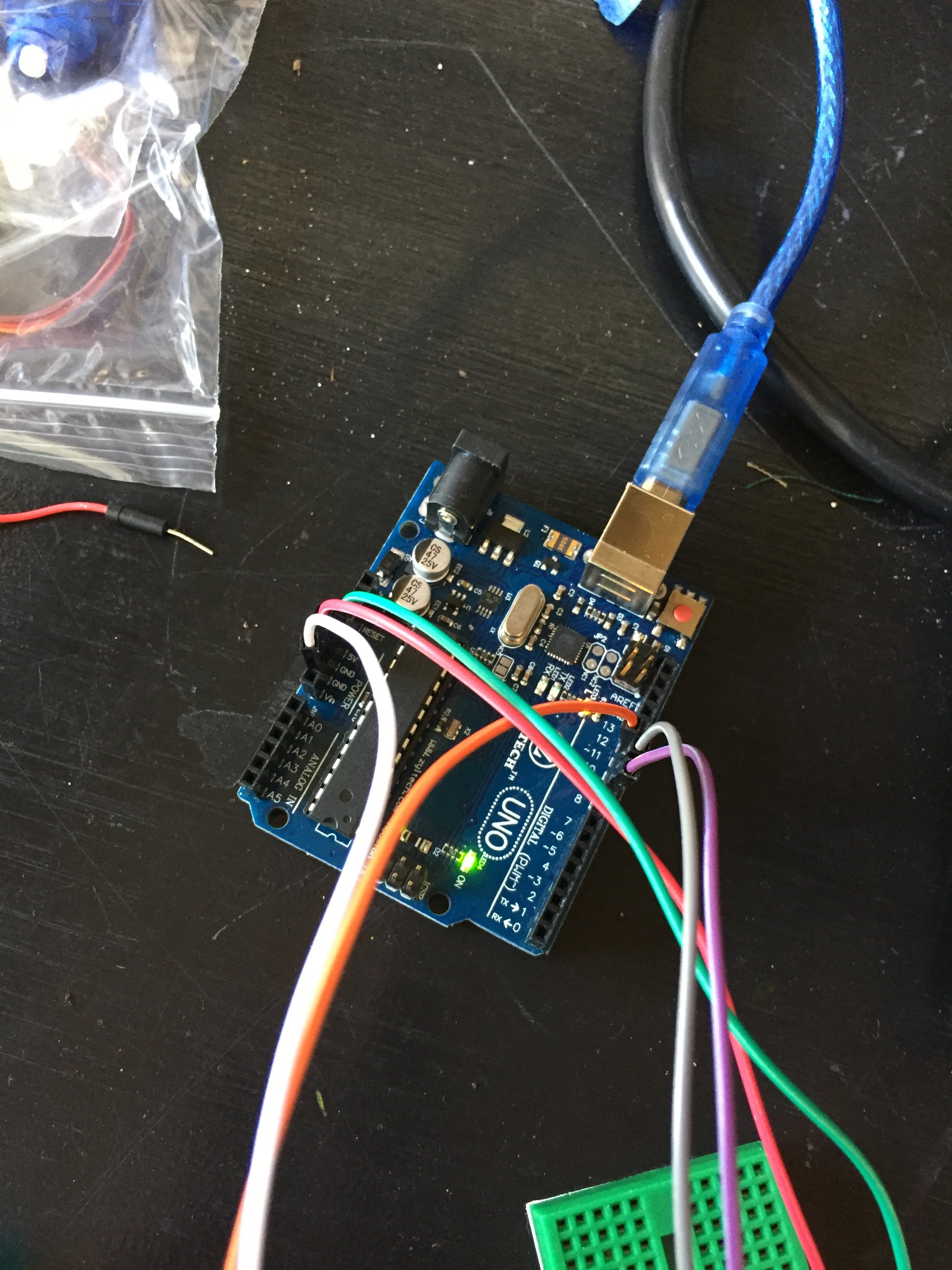 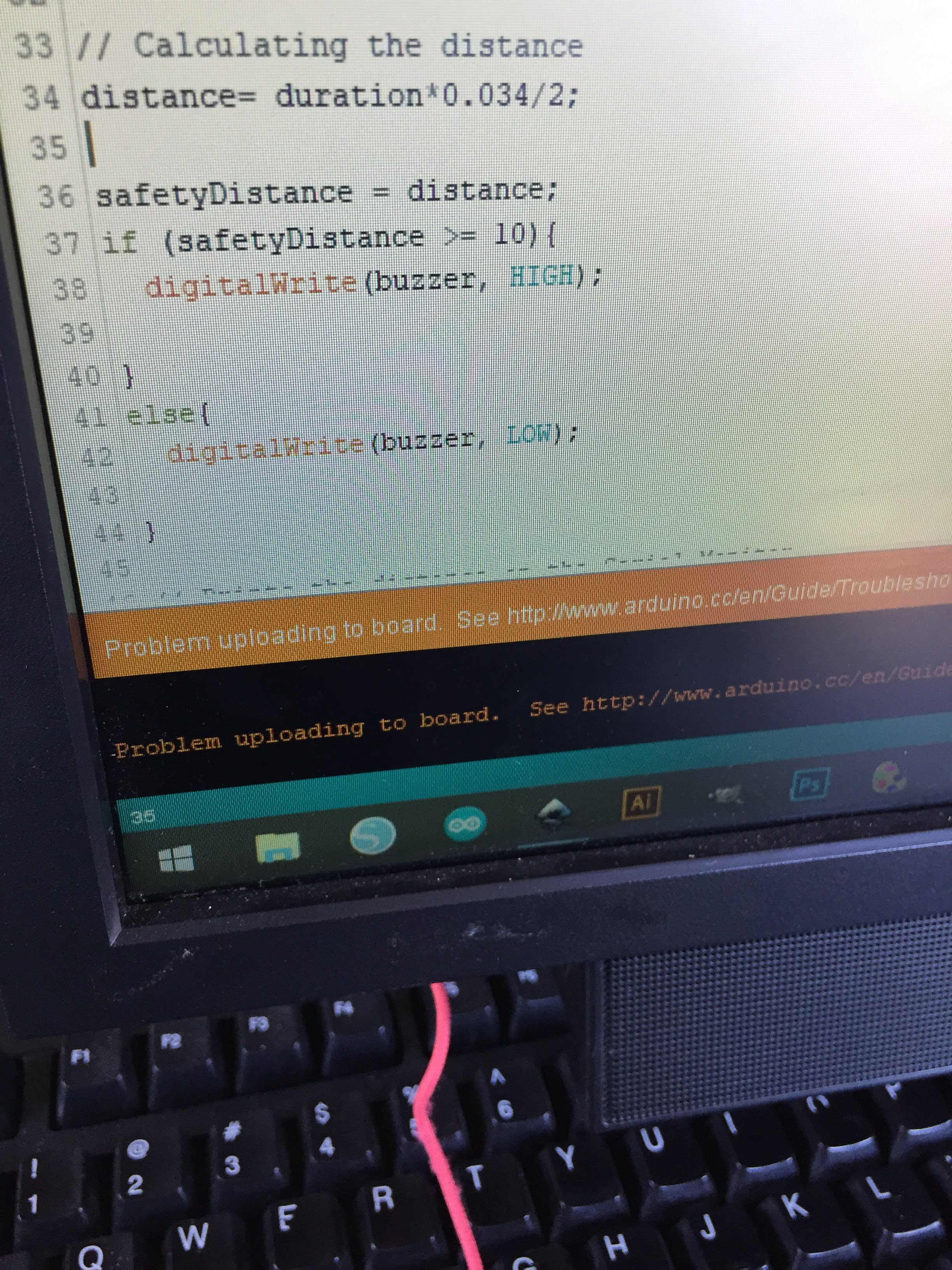 One interesting thing I found is that, the buzzer we used is different from the youtube video, which has a long leg and a short leg. I took a clear looks at it I fount out that the line behind it give clues of which one is long, which one is short, which one is plus, and which one is minus. 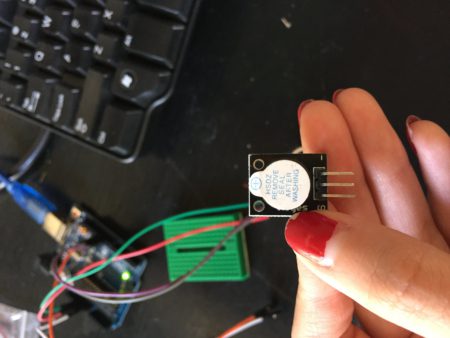