The first experience that I had with CAD for 3D printing was the in-class Tinkercad activity. I created a castle with an alien on the inside. The alien was then moved into Meshmixer, where I made edits such as adding horns. A scan was then made of myself sitting on a stool with one of the Kinects. Unfortunately I do not have images of these. Please see the castle and alien below. 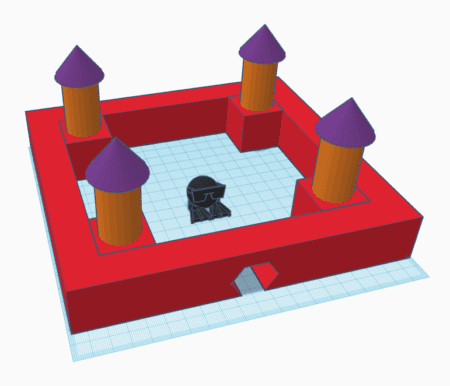 For the piece that I fully printed, I decided to create an Italian horn which is also known as a Cornicello. I am Sicilian and I grew up around family members who would wear these necklaces or hang one in their car, which is why I wanted to 3D print and adapt one. I did not always know the significance of the horn, but its Wikipedia page states that it is based off of an eland’s (antelope) horn and that it is meant to ward off evil (“Cornicello”). So, I thought that it would be interesting to create one of these horns and adapt it to reflect myself. The first change that I made was to add the horn to a ring. That way I would be able to add other objects onto this ring. These objects ended up being a camera, because I like photography, and a pair of headphones, because I love music. I scanned both my DSLR and my headphones using one of the Ipads from the lab and then uploaded them to Tinkercad. I also went through the process of making the horn in Meshmixer, before moving it into Tinkercad, where I grouped all of the objects together. Please see the in-progress screenshots below. 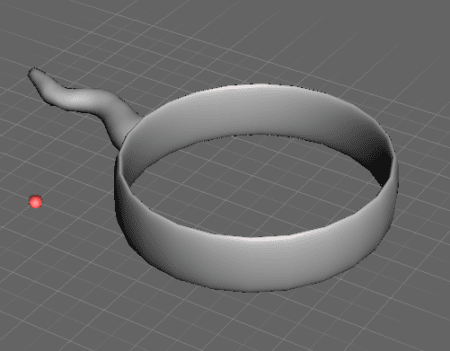 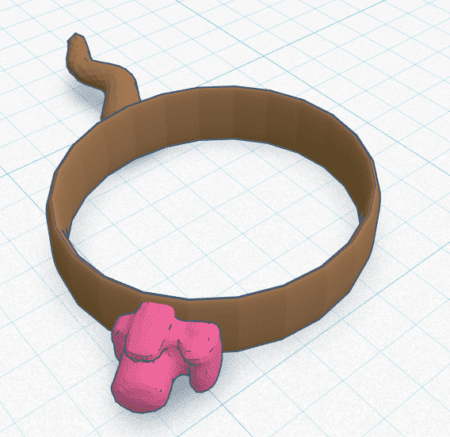 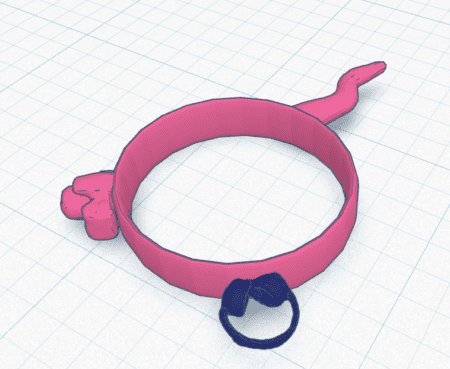 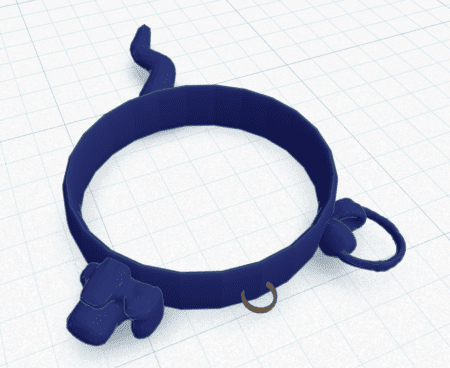 Now that I have completed this print, I feel that I have properly learned how to use each of the programs and tools. I am generally happy with the way that the final product turned out, but there were a couple of hiccups along the way. I was attempting to use one of the FlashForges, but it was having an issue with its leveling function, so I had to get staff assistance to help correct this. I also initially overestimated the size of this amulet, and the first print was too small. However, once the FlashForge was working and I scaled up the size, I created a decent end product. Please see the final, adapted horn below. 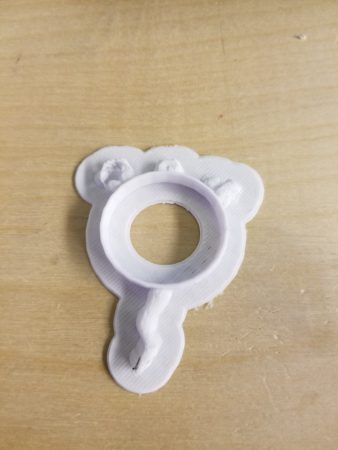 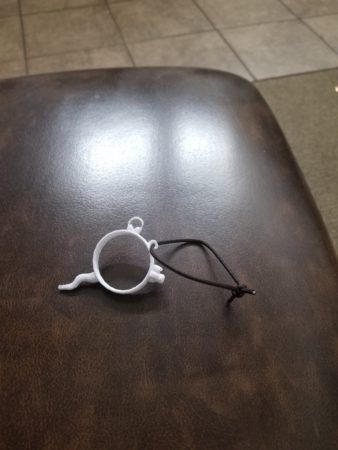 Next, I decided to work on the flatware prompt. I wanted to create an idea that solved an issue that people commonly run into, so I went with the idea of a plate and utensils that are designed to help diners get every last bit of food on their plate. My inspiration came from trying to eat rice with just a fork, which becomes quite annoying once there is not a lot of rice left. To create the utensils, I simply used the cylinder, box, and round roof shapes in Tinkercad. I then used the cylinder shape for the plate, on which I attached holders for the utensils with the torus shapes. Please see the in-progress screenshots below. 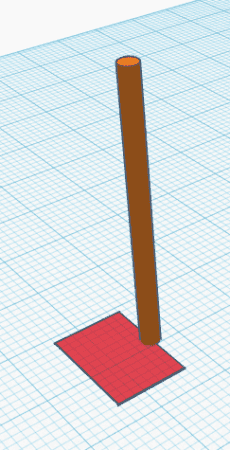 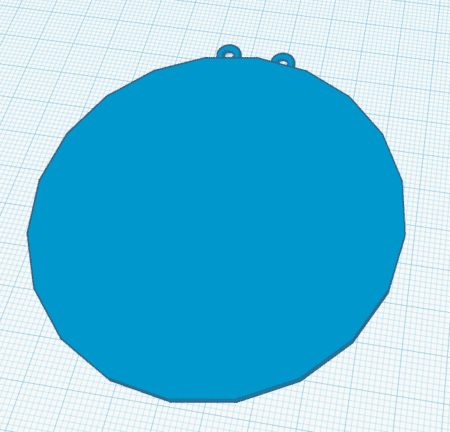 Once I had the two utensils seen above, I could not figure out a good way to tie them into the plate, but I eventually came up with the idea of holders for the utensils. The idea is that the utensils sit in their holders on the side furthest away from you while you use a traditional knife and fork. This way the utensils are not in the way while you are eating. Once there are only small bits of food left on the plate, you sweep the food with one utensil into the other much like a dustpan and broom. Once I overcame the hurdle of tying everything together, I was satisfied with the outcome of the design. Please see the final product below. 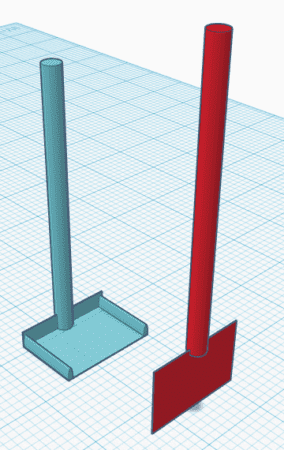 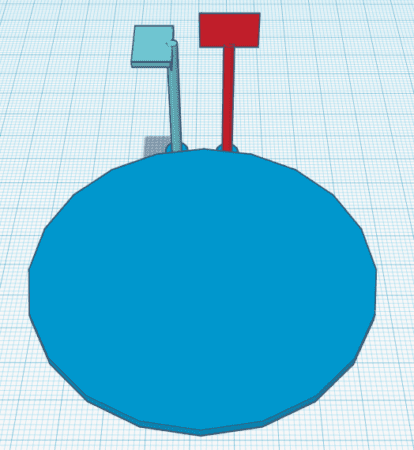 Finally, I set out to design a functional piece of equipment for myself. The problem that I chose to address was the fact that my keyboard and mouse chords dangle lazily over the edge of my sliding desk. I wanted to have them a bit more organized, so I set out to design an organizing unit that I could mount underneath the sliding desk. I wanted the print to fit snugly, so I took measurements of the desk. The height of the sliding desk was three-fourths of an inch, so I made sure that the back of the organizing unit was the same height. The pillars that would hold the chords in place were two inches in height because there are three inches that make up the gap between the sliding desk and the top of the desk. Finally, I added two quarter inch holes for screws on the bottom of the organizing unit. Please see the below images of the sliding desk, measurements, and first design. 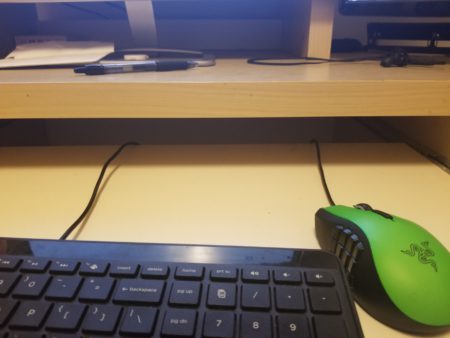 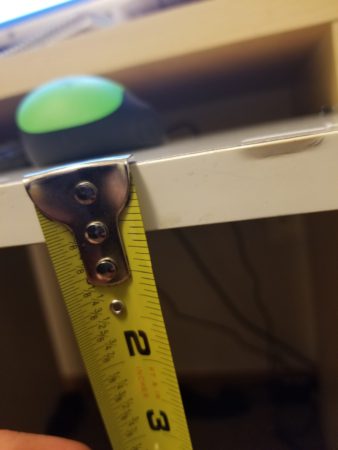 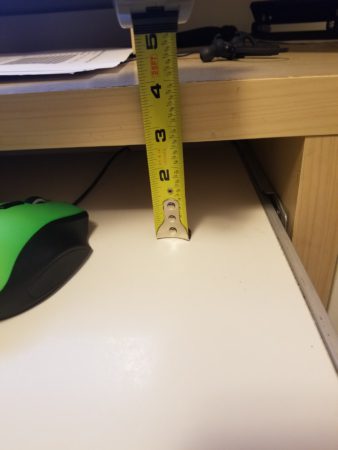 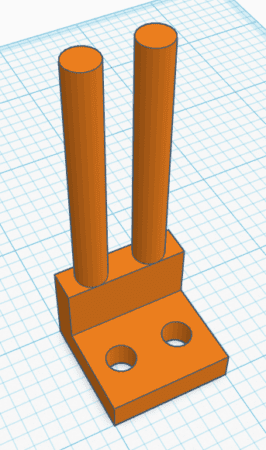 I liked the idea behind my design, but I was also worried that the two posts would not be stable enough. In order to remedy this, I created a different design that featured much of the same components. The difference was that I got rid of the posts and added a rectangular shape with a hole and gap in the top. I am very pleased with the resulting product, and I hope to actually print it in the lab so that I can put it to use. Please see the final design and link below. 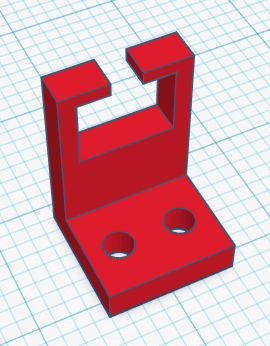