I like to work on plastic models as one of my hobbies. I started around junior year of high school, working on plastic models of Gundam Mechs (often known as ‘Gunpla’ – a portmanteau of ‘Gundam’ and ‘Plastic Model’). While their size is often small (the most common ones stand at a height of ~4-5 inches), they are rather complex: 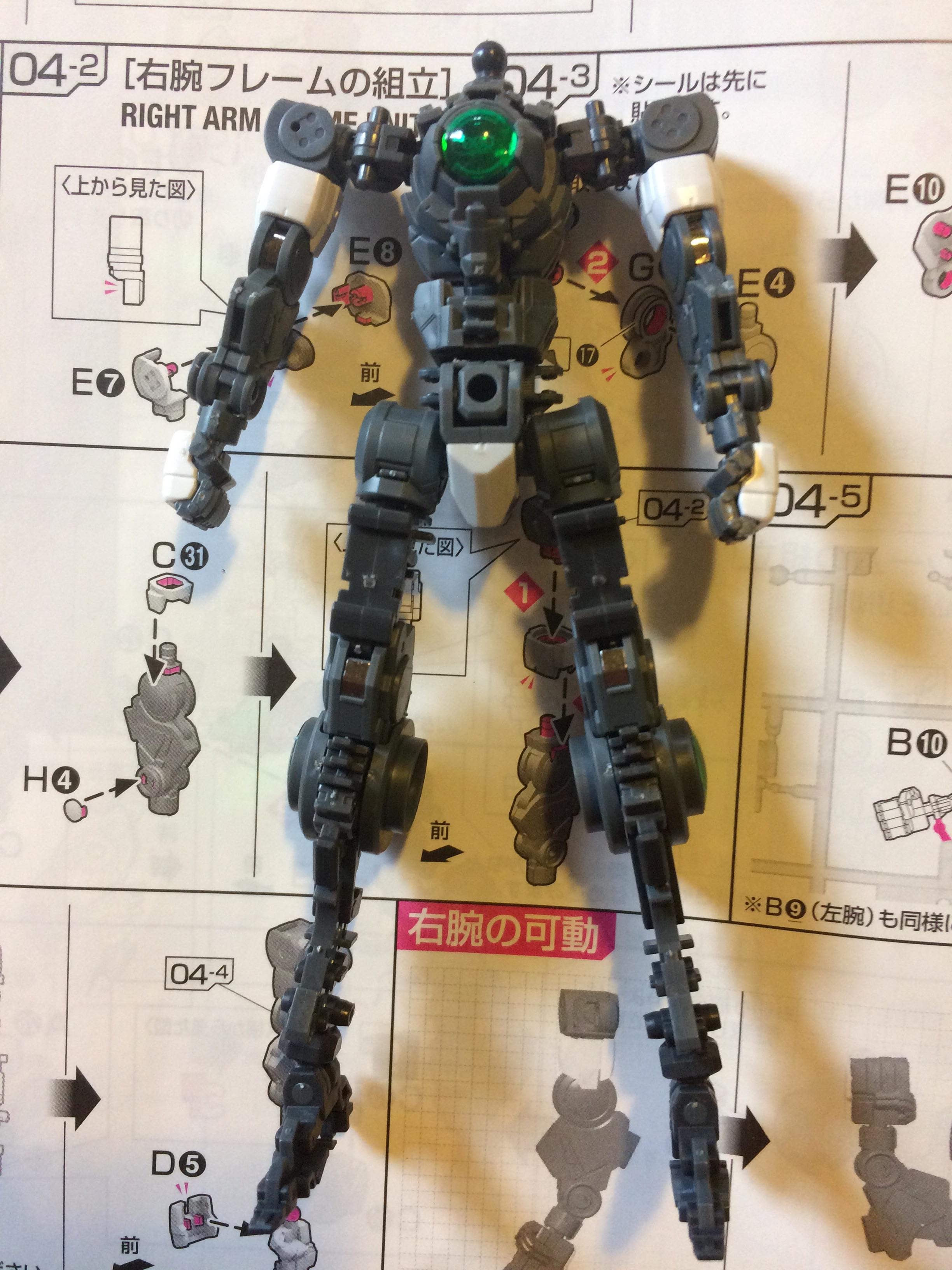 An example of a typical Gundam inner skeleton (~30 parts)

This small size and complexity can make them a challenge to work with at times, and often require a steady hand as well as precision cutting and finishing to give the parts a decent fit. To do this I often touch up parts with an X-Acto knife to eliminate excess plastic after cutting them out of the sprue trees.

For one of my recent models, I ended up pruning a little bit too much plastic and eliminating a connection point by accident: Since I would not be able to order a replacement part (at least not easily or cheaply) I decided to use the 3D resin printer to patch up my mistake.

I started by taking the damaged part into Fusion 360 and attempting to reconstruct it, but it soon became apparent that the part in question was far more complex internally than expected: 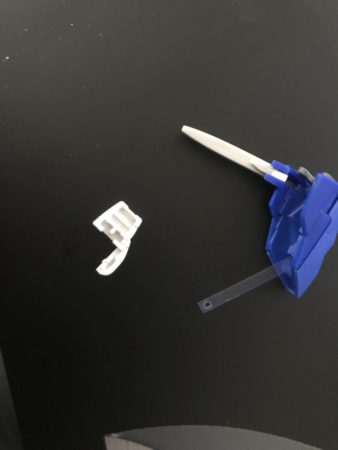 The damaged part (seen in white). Note the grooves and small details

Without a reasonable way to measure the spaces between the lines, coupled with the part’s large amount of curvature, I decided against reconstructing the entire piece, as I could only make relatively inaccurate estimates using the calipers provided in the Fab Lab. Instead, I sought to create a small part to simply patch the hole for me. This led me to this relatively simple piece: 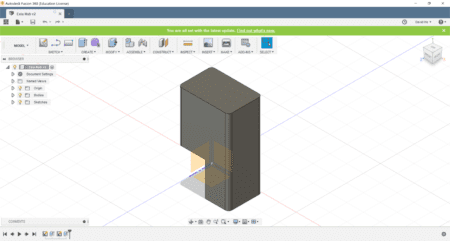 Although the design was simple, it was also small (dimensions are 1.5mm x 1mm x 2.5mm). Nonetheless, I was about to find that even this small part would give me quite some trouble.

During the first build of the patch part (referred to as a ‘nub’ from this point onwards), I wanted to use white resin since that was also the color of the part I was patching. However, I ran into an issue with the curing process for the resin, which according to Emile had been acting unusually recently: 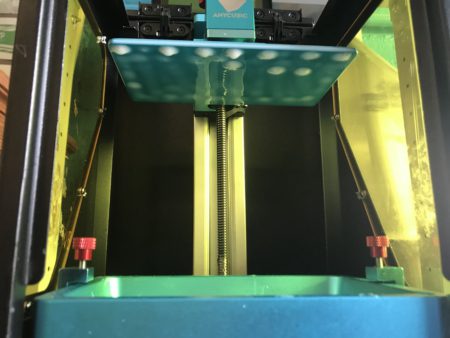 Nothing solid came out – just globs of sticky resin…

Under Emile’s insistence, I decided to switch to the clear resin, which was much more consistent in quality and curing times. The result was an extremely small nub: 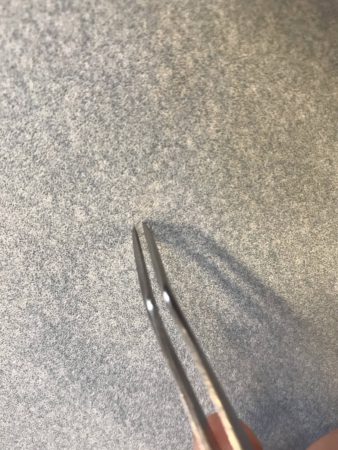 A nub being sanded using tweezers. The clear color makes it hard to see.

Yeah. It’s really small. After the initial prototype I realized a few things:

I worked around the first problem by sanding down the nubs until they made a decent fit, using tweezers and 200-grit sandpaper. The second problem was more difficult to solve, given both the size of the piece and its material were not easily adjustable, so I decided to make several copies of the nubs as backups (I created 9 backup nubs, 6 of which were lost). Luckily given the piece’s small size and sole reliance on z-dimension for print times, (I flipped the nubs on their sides to make the z-dimension even smaller) each print batch (the single-nub prototype batch and 9-nub production batch) each took only 25 minutes. 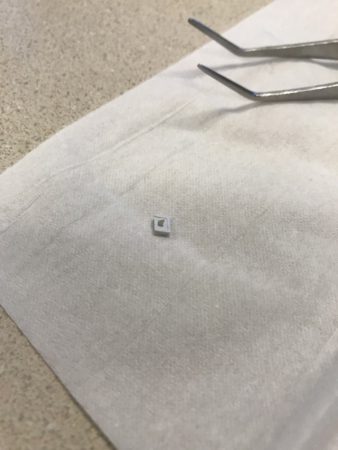 Testing the nub’s fit. Note the darker piece poking out of the white one.

After sanding and testing the nub’s fit, I took the mostly-completed nub and coated it and the damaged piece using contact cement. It took a bit of time and some prodding with a paper clip to get them to fit in snugly (given the scale we were working at), but ultimately the patch was complete and I set it aside for a few hours for curing. A pretty good fit, if I do say so myself.

Even though this project was fairly fun, (and helped me out with my hobby, after all) I decided that my next projects should probably be on a larger scale. I personally would like to reconstruct the entire model with CAD, but this time using my own designs and dimensions instead of trying to estimate another designer’s work. Other than that, I would definitely add improvements in considering the printing errors and manufacturing tolerances, as well as developing better ways to keep track of each component.