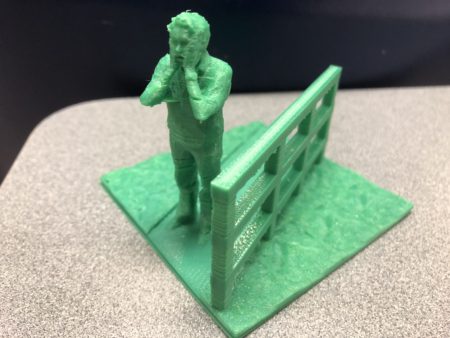 For this two-week assignment, we were assigned to design three of the following four projects: a set of flatware with a specific purpose, an art piece relating to our culture combined with ourselves in some way, a famous painting turned into a 3D model, including either ourselves or an object, and making a specific part that we need. After designing three of the four projects, we would then print one of them.

Before working on the projects, we were given a tutorial on how to use Tinkercad and Meshmixer by making a castle and alien (pictured below this paragraph).  It took a few minutes to get used to, but I found Tinkercad relatively intuitive for combining structures for a print.

The first project that I will talk about is the part that we need.  I created a simple case for an aux cord case (pictured below) due to the fact that I constantly just shove my chord into my backpack, likely damaging it.  In order to keep the cord contained properly, I decided ahead of time to use a spiral within the case.  To add more versatility, I added a second spiral.  The case is 12in. x 6in. and can hold either two small aux cables or one large one.  I decided not to print this part because there was a project that I wanted to print more.  The project file is not public yet on Thingiverse, but will be by 12 p.m. on Friday March 8th at https://www.thingiverse.com/thing:3475858.

For my second project, I designed a set of flatware for my worst enemy, including useless utensils with plates and glasses with holes in them (pictured below).  The spoon has a hole in it to prevent it from holding anything.  The fork has no points to pick food up with, and the knife has no sharp edge to cut with.

For my final project, I decided to recreate the famous painting, “The Scream” by Edvard Munch.  A portion of its fame likely comes from how universal its meaning is.  I chose this painting because I relate to it.  To incorporate myself into the model, I decided to scan myself in the scream pose.  I started by making a 3in. x 3in. plane, used a block-shaped hole to create a path in the plane, and made a fence out of 7 blocks. 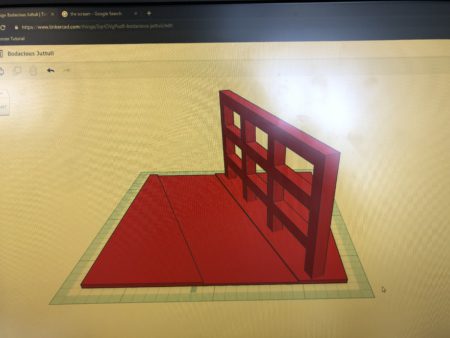 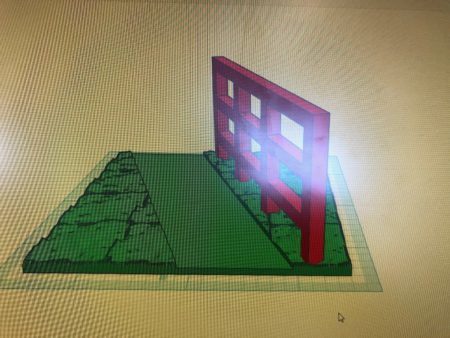 By far, the most difficult part of this project was scanning myself.  In order to get my full body into the print, I had to scan my torso and my lower body separately, run them through Meshmixer to fix any errors and plane cut them, then attempt to stitch them together in Tinkercad.  I did the best that I could with them, but there is a small seam in the back. 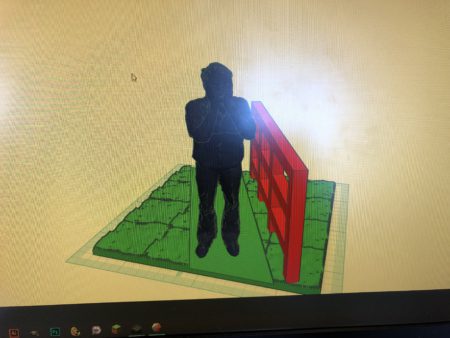 The print came out nicely.  I thoroughly enjoyed making it.

Overall, I enjoyed the entirety of this assignment.  It was fun thinking of ideas for a terrible flatware set and aux case.  Although, I had the most fun with designing my Scream model.  There were probably ways to add even more details into the model.  It was difficult trying to get all of the pieces to work together to form one object to print, but it was definitely worth it.  I am proud of my print and the effort I put into it.