The goal of this project was to extend my nametag project from the beginning of the semester. That project was a simple press-fit box with stained plywood, and a black acrylic hot glued on top. The black acrylic was cut and rastered to resemble a standard vinyl record.

I started collecting records once I was gifted a record player from a friend, and it helped me explore a lot of old Jazz and Soul music and collect some of my favorite Hip-Hop albums as well. I like listening to music on my record player and even just seeing the motion of the record, however, I also use Spotify a lot, so I wanted to have a record player that would instead play Spotify.

I wanted to iterate on this project because I wanted to make a motorized version that would spin the record and also function as a music streaming box. The Raspberry Pi fits this specific use case. Essentially its a smart speaker in the form of a record player.

Here’s a link to the original project: http://cucfablab.org/isaac-iyengar-nametag/

Unfortunately, the Raspberry Pi was not able to drive the DC motor on its own, so I used an Arduino instead which received bytes of data via serial indicating whether to spin the record or halt from the Raspberry Pi. I used a DC Motor following the circuit schematic shown below. The Arduino code would simply wait for signals to spin or stop spinning sent via Serial and write to the motor accordingly. 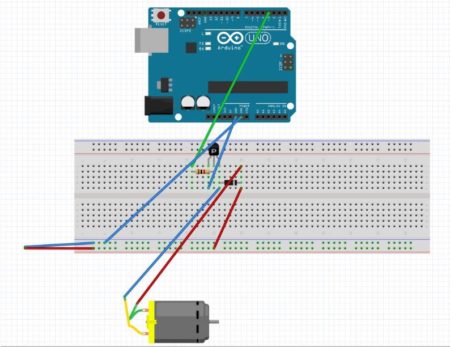 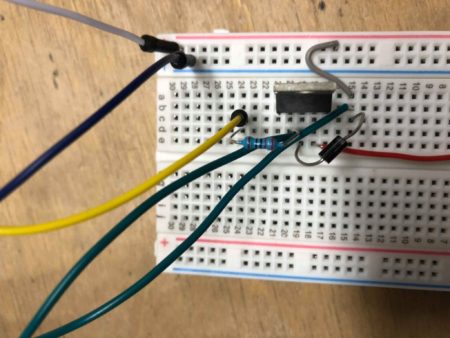 I explored using the Spotify Web API for this since it allowed for a lot of different functionality with the music such as receiving the current song playing, album art, and various playback functions. However, the Web API for my use case required authentication for every single API call, which is impossible to do in a headless setup of the Pi. Instead, I opted to use Raspotify which allows the Pi to function as a connectable device from Spotify Connect. This essentially made the device a connectable speaker. This worked perfectly and audio would seamlessly play through the speaker connected to the Raspberry Pi.

Below is Demo Video from before the project was in the enclosure and synchronization between playing music and motion of the record was setup.

To design the enclosure I used an online press-fit box generator and cut out holes for the speaker, cords, and ventilation. I sprayed plywood black and etched a pattern into the design to expose the bare wood where the wood was rastered. This created a really cool white on black look to the record case. I also attached a clear acrylic laser cut record to the DC motor so you could see the record spinning. The enclosure also has a slot that currently contains a computer speaker that was taken from a computer monitor.

Below is a photo of the finished laser cut job. 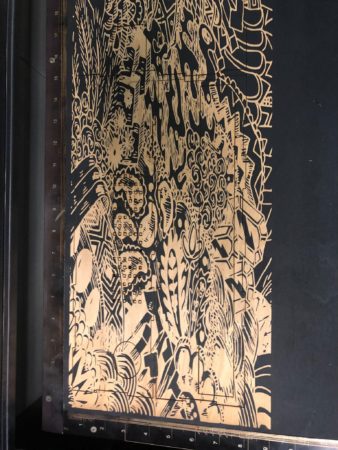 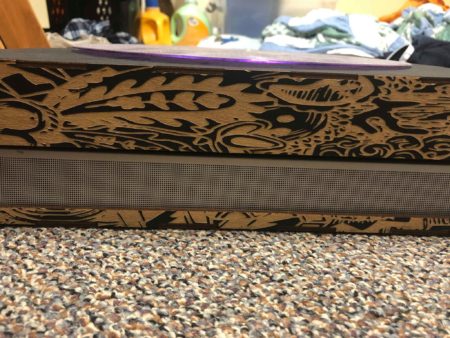 This implementation requires WiFi, which isn’t great to use in a headless RPi setup since this would require SSH from another laptop to modify the file that specifies which network the device connects to. This works fine from my room, so I’m going to modify this design to work as a Bluetooth device.

Spotify Connect is fairly limited as a means of streaming music, I’d like to be able to incorporate an LCD display into the record player that shows the current song playing, and push buttons that allow the user to have playback control. One design feature I really want to investigate is incorporated some sort of accelerometer into the record to determine if a user places there hands on the record or spinning the record, and have this be the means of playback functionality. For example, a user could stop the movement of the record with there hand and this would pause the playing. This would be similar to an actual record player.  There are services like Mopidy that I’ll need to investigate some more which allow for much better streaming of music, and incorporation with SoundCloud Last.Fm and other streaming services, all in a really nice UI that I could display on an LCD touch screen. 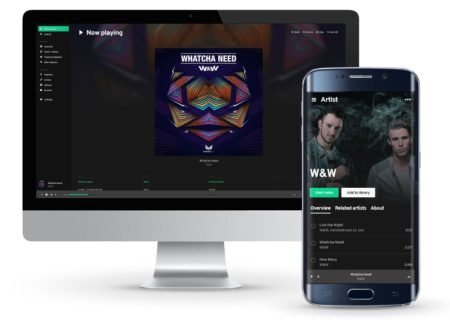 One improvement I really want to do is to take apart a record player, and put the hardware inside this enclosure and control it through the Pi. This would be a really cool improvement since this project would then be able to stream music and play records as well.

Overall though, given the time constraints for this project, I’m really pleased with the results. It’s definitely a significant improvement from the original record player nametag project. I was successful in playing music through the Pi, while rotating the record. My favorite part about this project is definitely the enclosure which turned out really nicely with the black etched wood. 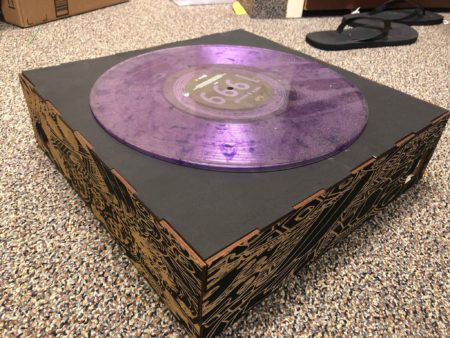 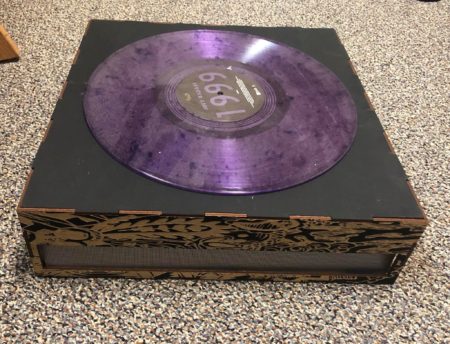